American Football in Israel, Lions in The Lead 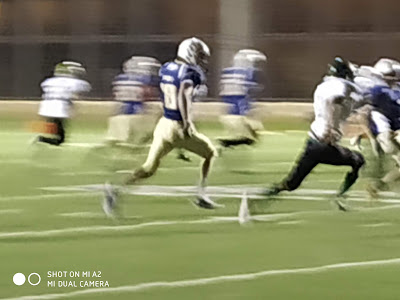 After last Thursday night's nail-biter of a game, the Jerusalem "Big Blue" Lions defeated its only real competitor, Petach Tikva Troopers, 27:20 and is now the only undefeated team in IFL American Football in Israel. 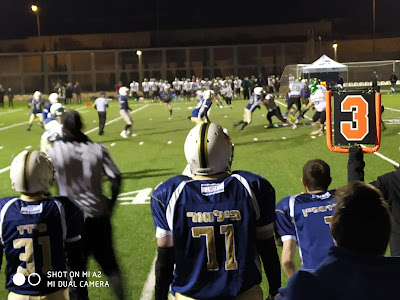 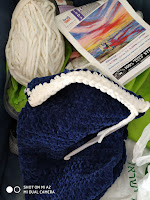 I braved the cold, wearing woolen socks under my Timberland boots, plus my newly crocheted Lions' colors scarf, which I had only finally completed on the bus traveling to the game.

American football isn't an easy game. First of all, the players are encumbered by restricting shoulder pads, and their vision is restricted by the helmet. When it's windy, even the most perfectly tossed pass can be moved off target by the wind.

The past few seasons, watching the game has been a bit easier for me, since my son is head coach. Of course, I still worry about the players on the field, since the only way an offense player can be stopped from scoring a touchdown is when an opposing defense player tackles, meaning jumps on top of him. And frequently, there's a pileup of players on the player holding the ball. So, I used to be happy that my son was a defense player and more frequently on top, or in the middle, rather than underneath. Of course, the better the offense player is, the more chance he'll be tackled. And the more he's tackled, the more he can be injured. That's the truth, though it can hurt in more ways than one. 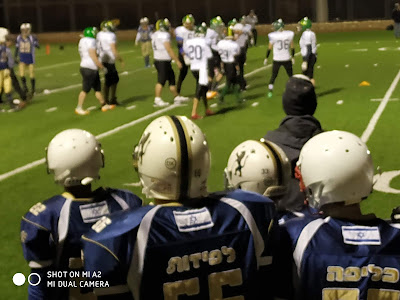