Since we have a rather empty nest, just my husband and myself, I don't need to cook as much as before when the house was full of kids and guests. And we still have lots of big pots.

Don't get me wrong; we do have guests, but not as many as in the past. Also, nowadays, my cooking experiments aim more for efficiency than impressive. That's why I decided to try a Pre/Post Yom Kippur Meal, serving (almost) exactly the same meal before and after the Yom Kippur 25 hour fast. Of course, this dish is perfect any time you want an easy hearty one-pot meal.

I don't have many real Jewish Food traditions, especially as pre/post fasts or Succot and Shavuot, which weren't at all celebrated by us. I didn't grow up with kreplach, which is what many Jewish families eat as Pre/Post Yom Kippur Meals.

For some strange reason, as I was trying to figure out what to serve Tuesday night before Yom Kippur, barley popped into my mind. The experts say we should have a complex carbohydrate as a main part of the pre-fast meal. I decided to cook up chicken with barley and vegetables, a one-pot meal, which can even be a soup. 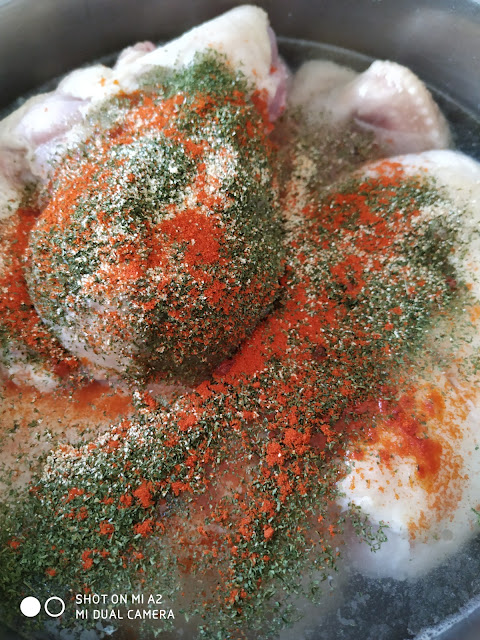 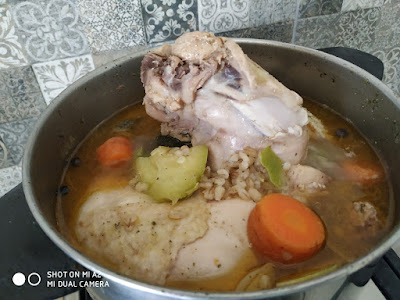 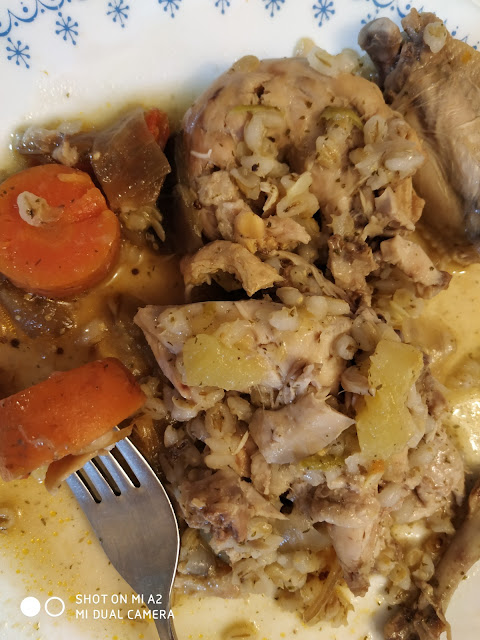 Before the fast, I served it with a salad, and breaking the fast I heated up some ratatouille, I had in the fridge. I also served myself some of the liquid with a bit of whatever came along as a soup, while my husband had his chicken soup. It was delicious, satisfying and so easy to make and serve. I tried to calculate cooking exactly what we needed for the two meals. In the end there's some barley left over, which can be "recycled" into a new soup with added vegetables.