It's Hard To Be One's Own Photographer

On Friday, my kids made me a lovely 60th Birthday at Tel Shiloh. I tried to take my own pictures, but it was hard to double-time as guest of honor and chief photographer, so I gave up. Luckily, my cousin's husband took some great photos. No, I haven't posted them, sorry.

But two days after my party, my friend Debbie Klaff Dan, whom I've known since we were seventeen and elected to the National Board of NCSY, had her 60th Birthday Party. Debbie lives in nearby Beit El and is a geriatric social worker. Her late mother had moved to Beit El to be with her and her family, so Debbie established Beit El's Golden Age Club. 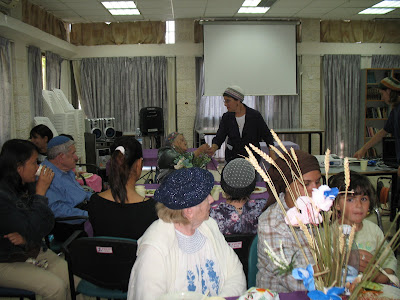 That was the location of Debbie's party, and all of the present members were invited along with her other friends. Being "only sixty," we were the younger celebrants.

The club meets a few times a week and has a very full program of music, lectures, exercise etc. It's conducted bilingual in English and Hebrew. 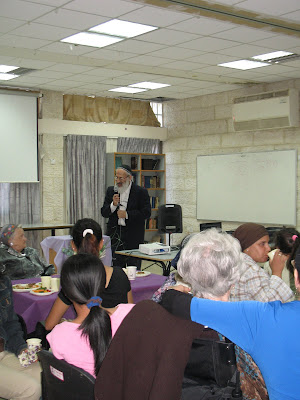 Actually, I took a few good ones as well.

MAZAL TOV to you both, Batya and Debbie!! Continue having great Naches and celebrating life, Be"H. Leah Wolf from Metar

Leah, thanks so much!
Regards