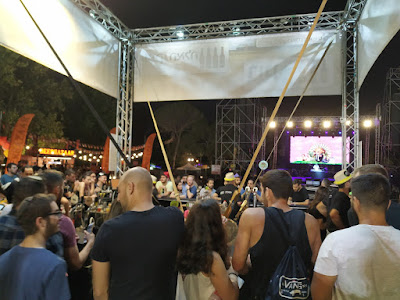 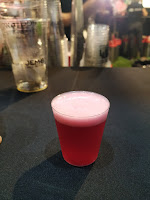 Last night, as I wandered around the Jerusalem Beer Festival with my beer maiven and mentor, Doug Greener, sampling the latest Israeli commercial craft beer creations, I began to feel confused. Are all of these new "beers" beer?

In previous Jerusalem Beer Festivals, the dominant taste was the "hops" some with various flavorings. Last night, granted that we were, davka, going for new beers, the word we all used the most to describe the beers was "fruity." The cherry beer pictured above, looked and tasted more like cherry soda.

We tasted a very unusual "date beer," which could be made for Passover, since there's nothing in the ingredients of the forbidden chametz. I suggested to the beermaker that he markets it as a Biblical drink, since there's a good chance that dates had been used way back when, as an alternative for grapes.

After awhile and lots of sample drinks of the new versions of craft beer, all I wanted to say was:

Most of the beers we drank were pleasant tasting and rather fruity. The IPAs had a nice kick. But contrary to other years, the dominant taste of hops was missing. Can it be beer sans hops or tasting more fruity than anything else?

Many of the beers we sampled, and I trust Doug to write a more detailed report, were closer to flavored fizzy wines and fruit-flavored sodas. I didn't taste the blonde beers, since I don't usually enjoy them.

Besides the smaller craft beer companies, some of the larger Israeli beers were at the fair as were some foreign ones. They served more of the classic bitter beer. I guess that the small craft brewers have found it better not to compete with those big successful companies. Craft beer brewers look for a different niche/customer.

I suggest you try for yourself. The Jerusalem Beer Festival 2019 is open tonight, too. Opens at 6pm in Independence Park, Gan Haatzmaut. Even if you don't like beer, maybe you'll davka like the beers that don't taste all that much like beer. Some people go to the Jerusalem Beer Festival just for the music and party atmosphere. There's all sorts of food for sale from a variety of food trucks.

Your opinions are welcome in the comments.

Just one more thing about flavored beer. There may be kashrut problems concerning manufactured flavoring ingredients in the various beers. If you have any questions, ask the brewer. Many I saw and met last night appear Torah/kashrut observant, but ingredients are more questionable out of Israel. The owners may not even understand your questions about kashrut. 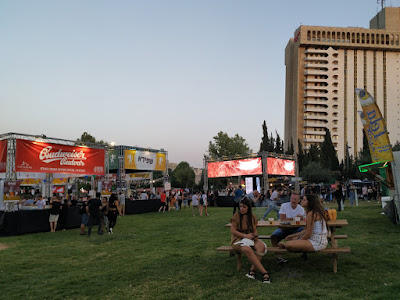 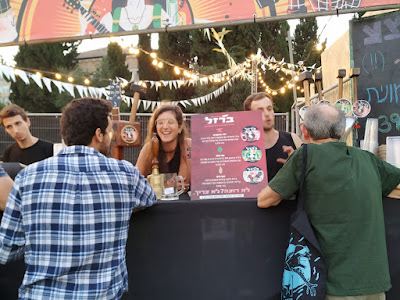 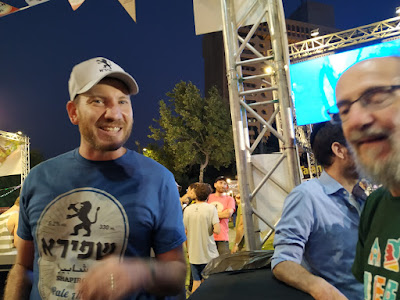 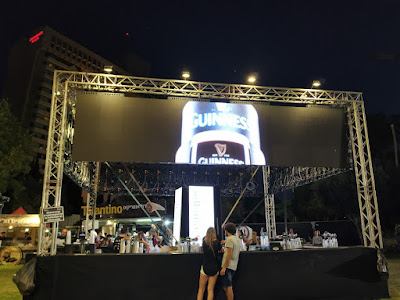 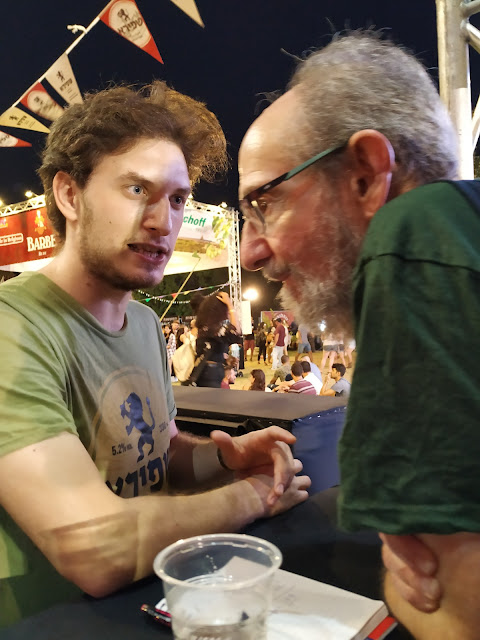 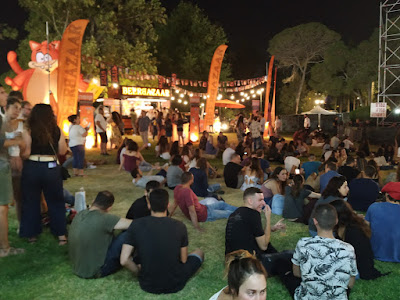 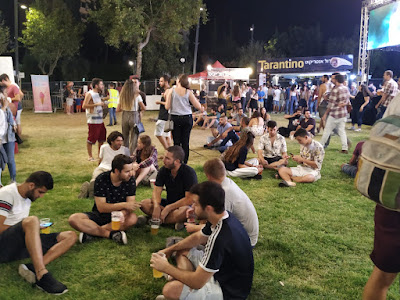 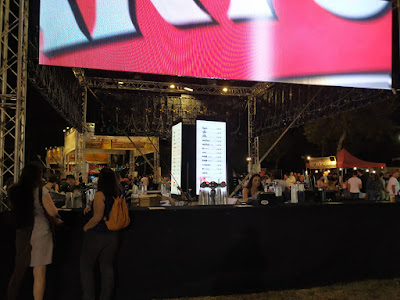