After trailing "Team Eastman*," which is what I call the Petah Tikva Troopers - פתח תקווה טרופרס, pretty much the entire game, the Jerusalem "Big Blue" Lions managed a movie-finish touchdown to win the game  22:20. 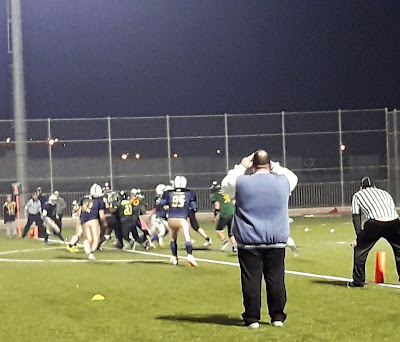 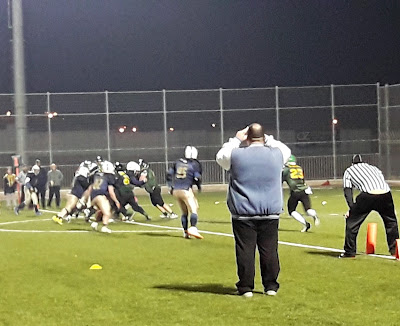 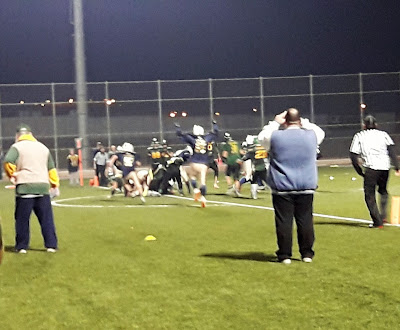 And in all honesty, if you'd seen it in the movies, you'd say that it doesn't happen in real life. Right?

But honestly, now that you've seen the pictures and the video, you know that it did and does happen. The team did not give up, even when it looked like the game had been lost, and in that very last second before the final whistle could be blown, they got that touchdown!

And as is the custom, the players thanked the fans, and we thanked them!

*The coach and top players are from the very football-talented Eastman family, formerly Judean Rebels.
Posted by Batya at 12/23/2016 07:09:00 AM

The best coach ever!!

They are the best. I watch the games when they are in Mishor Adumim.