Last night was the preseason game between the defending champs, the Jerusalem Big Blue Lions and their perennial rival, the Judean Rebels. It was a nailbiter of a game during most of it. In the fourth quarter, it looked like the Rebels had it nailed, but then the Lions clawed back to tie just seconds before official time was over.

Since it was a preseason game, the tie remained, and they didn't go into overtime. The game took place in the new Kraft Stadium, which is part of a large sports complex, multiple fields, that Robert Kraft has donated to the Jerusalem Municipality. More on that in a later post, Gd willing.

Here are a few pictures. Click here for the schedule of the 2017-18 season, so you can join us to cheer. Yaala BIG BLUE! 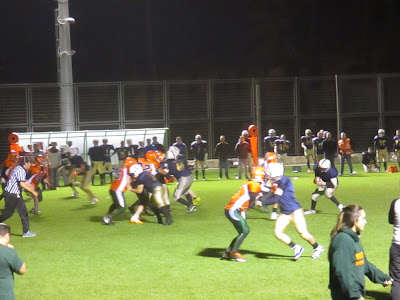 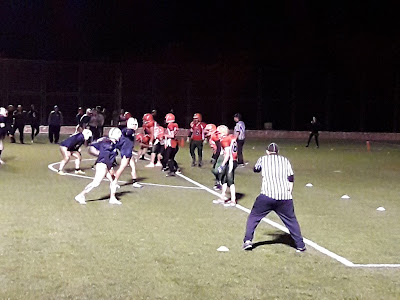 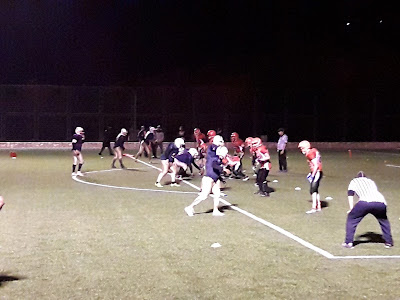