Jerusalem, Looking for Our Old Home 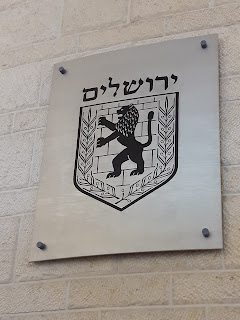 Last week the "Senior Citizen" program in Ulpanat Ofra I go to on Thursdays had a trip to Jerusalem. Gd willing I'll write more about it on a different day. For me, the highlight was seeing the model of Jerusalem which is used by the committee that approves new building projects and changes on existing buildings. We all circled around the model trying to identify neighborhoods and buildings. Some members of the group were excited to find their old homes. I searched for our old apartment in Bayit Vigan and then was told that the neighborhood wasn't included in the model. I found other places I know well and where some of my children live, but it was disappointing. Actually a very large amount of Jerusalem isn't part of the model. Jerusalem is so much bigger. They would need a number of models and large halls to accommodate today's Jerusalem, even so miniaturized. It really would be a fantastic project to construct. 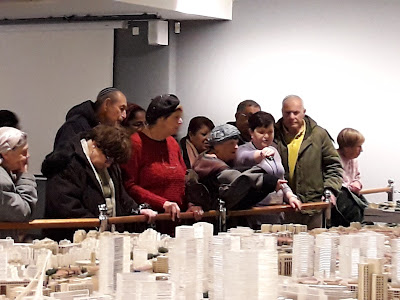 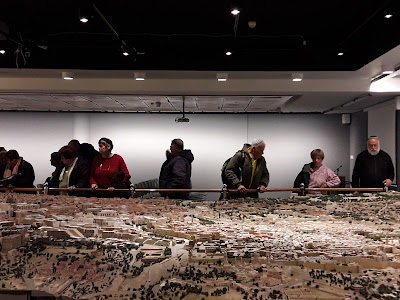