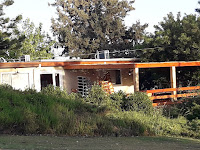 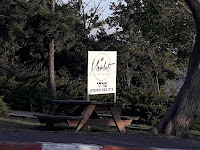 I'd been hearing amazing reports about "Merlot," the dairy restaurant in the heart of Shiloh. There's a pizza place in the same building, which I still haven't sampled. They're near the bus stops and just across from the supermarket, Kupat Cholim Leumit clinic and the Dvrarim Yafim clothing/toy/misc store. 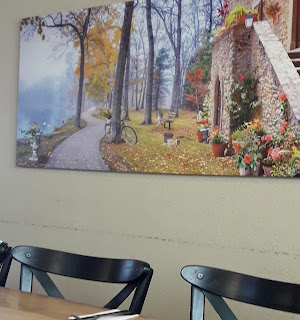 A couple of weeks ago my friend invited me there for brunch. You must know that I'd never refuse such an offer, and I gladly accepted. To be honest, I wasn't even sure that it was open in the morning. I thought it opened only at noon, but I was wrong. It's the pizza place that opens later.

Merlot has a breakfast menu, just like the nice dairy restaurants in Israeli cities. The prices are pretty standard, though not in the high end. It's nicely decorated and very comfortable.

We had the "Breakfast for Two." Our eggs were custom cooked, and we ordered different types. We shared the salad, spreads and rolls. My only complaint was that the "whole wheat" wasn't really whole wheat. The flour was too fine, and it didn't have the crunch and texture I expected in a good bread. The advantage of that was that I ate less bread than I would have. 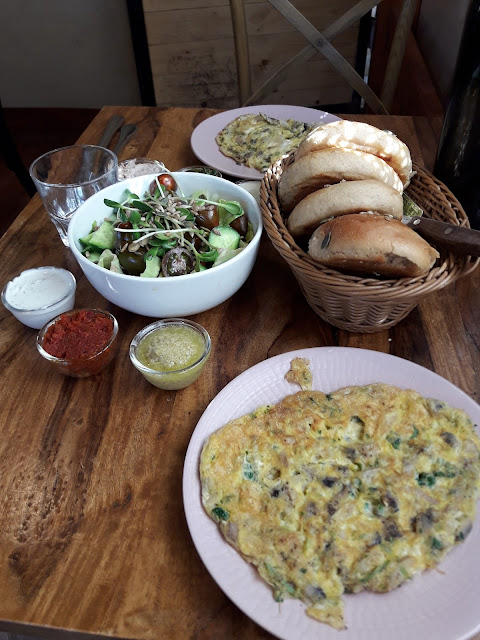 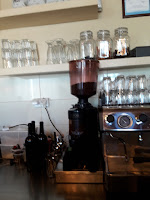 Our coffee was included in the price of the breakfast meal.  The waitress brought us that "white milky coffee," which I don't like. When I told her that she hadn't asked what type of coffee we had wanted, she quickly took my coffee order and brought the other one back to the kitchen. She was very polite about it. Merlot's coffee was fine, as one would expect with such an impressive coffeemaker.

Next time I must go there for a real meal. I'm looking forward to it.

Glad to hear you finally ate there! I've had delicious bread there, different whole wheat rolls from what you photographed. I imagine their "demand and supply" is rockier than a restaurant in the city, and that they must do the best they can with what is available.

Thanks, good to know.
It's nice to be able to say that we have a pleasant restaurant here locally.

Sounds like a nice restaurant. Salad for breakfast doesn't sit well with me at first thought, but I've never tried it, so how can I knock it.

If I lived (or even was) in Israel, I'd try the place based on your description.

Ed, in Israel salad is eaten at every meal. If you make it to Israel give me a ring.