Recently I was overjoyed to discover that I have a friend who lives right near Kraft Stadium, so that after late IFL football games I don't have to rush to catch the late bus or tremp home. 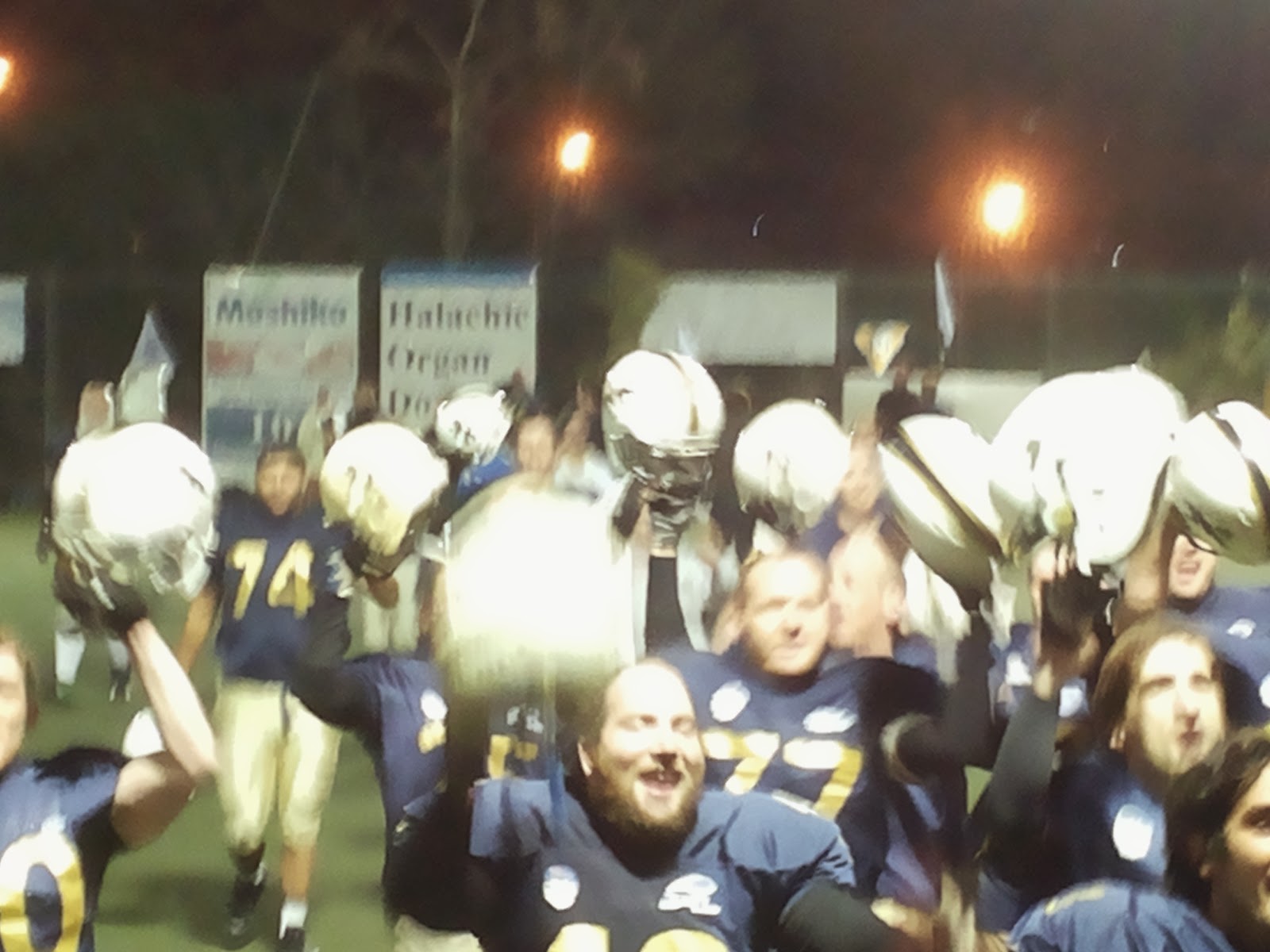 After cheering the victorious Big Blue Jerusalem Lions, I just walked across the street and met my friend who very generously gave me a bed in her "very Nachla'ot" apartment.  And I had a good night's sleep.  In the morning I walked to the CBS aka Central Bus Station and took the bus home.  It was certainly less stressful than arriving home after my usual bedtime. 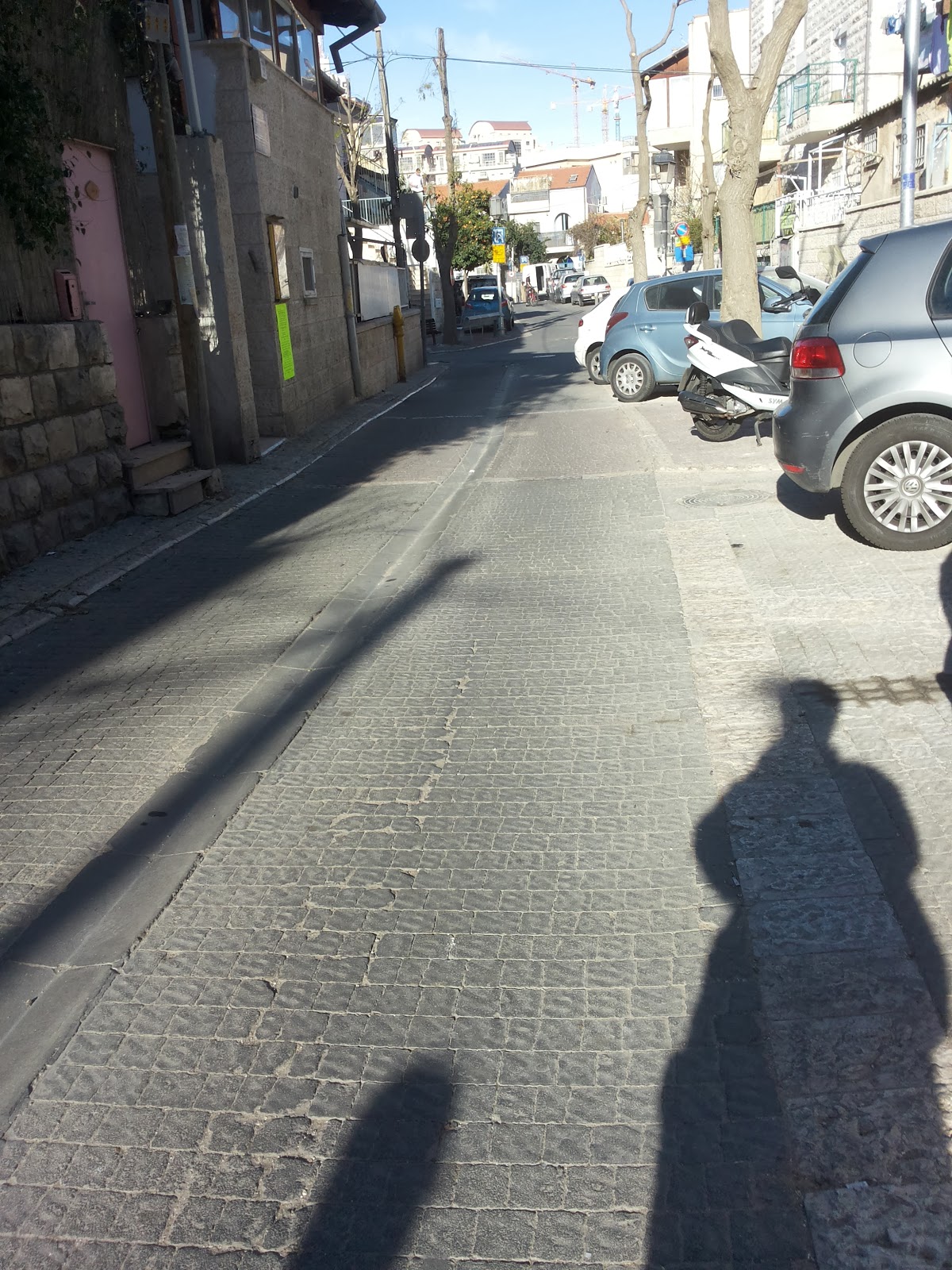 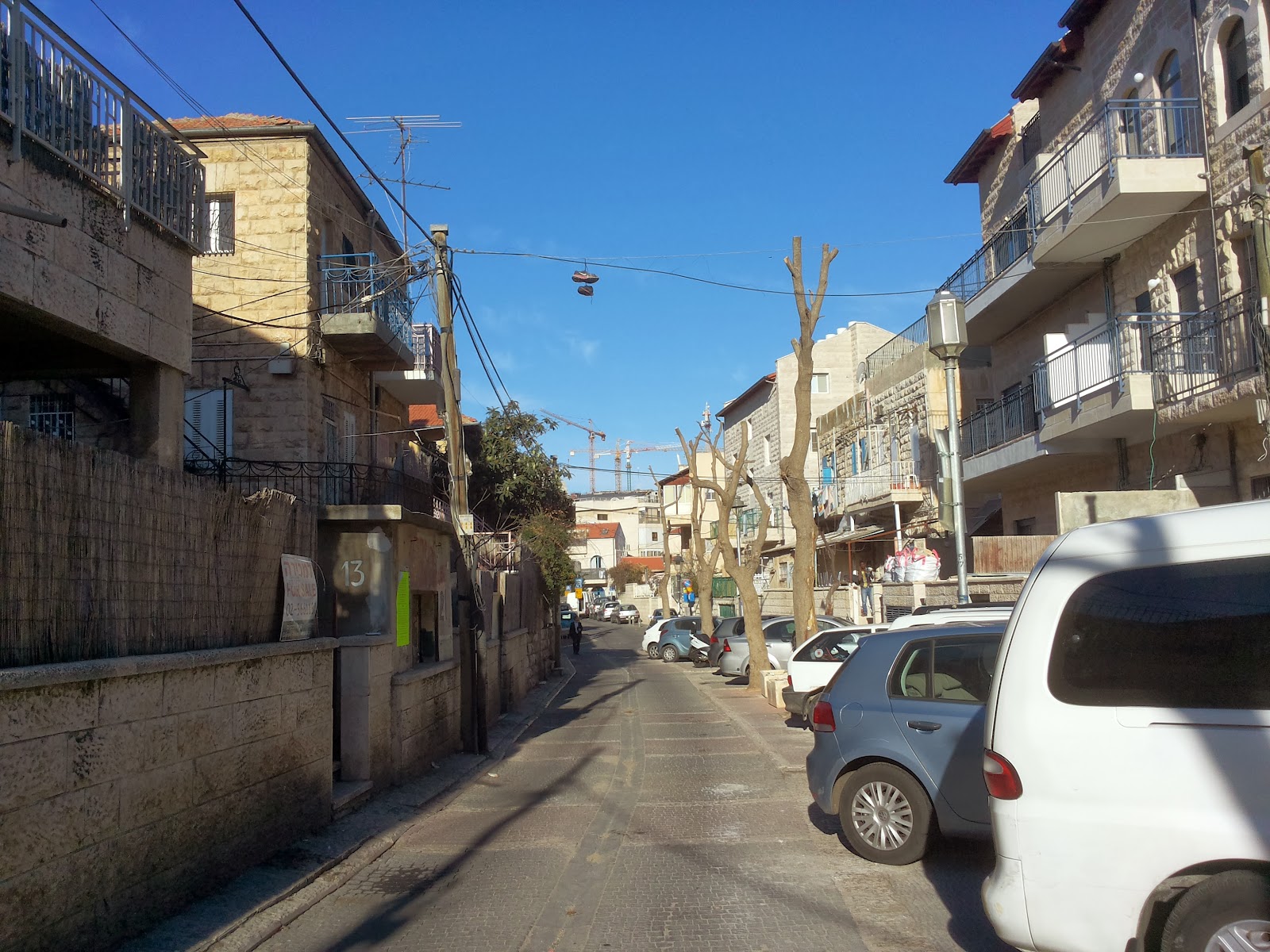 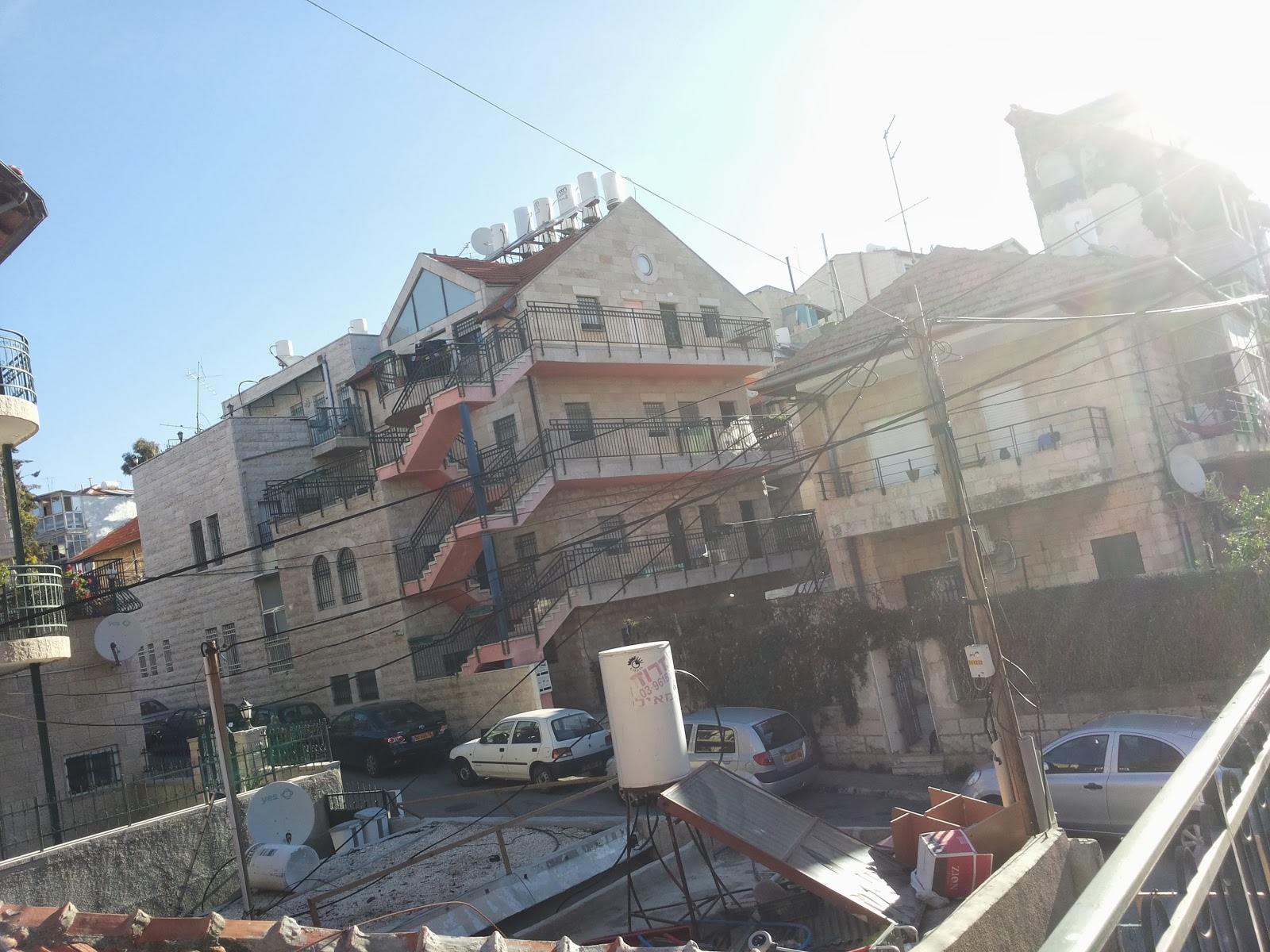 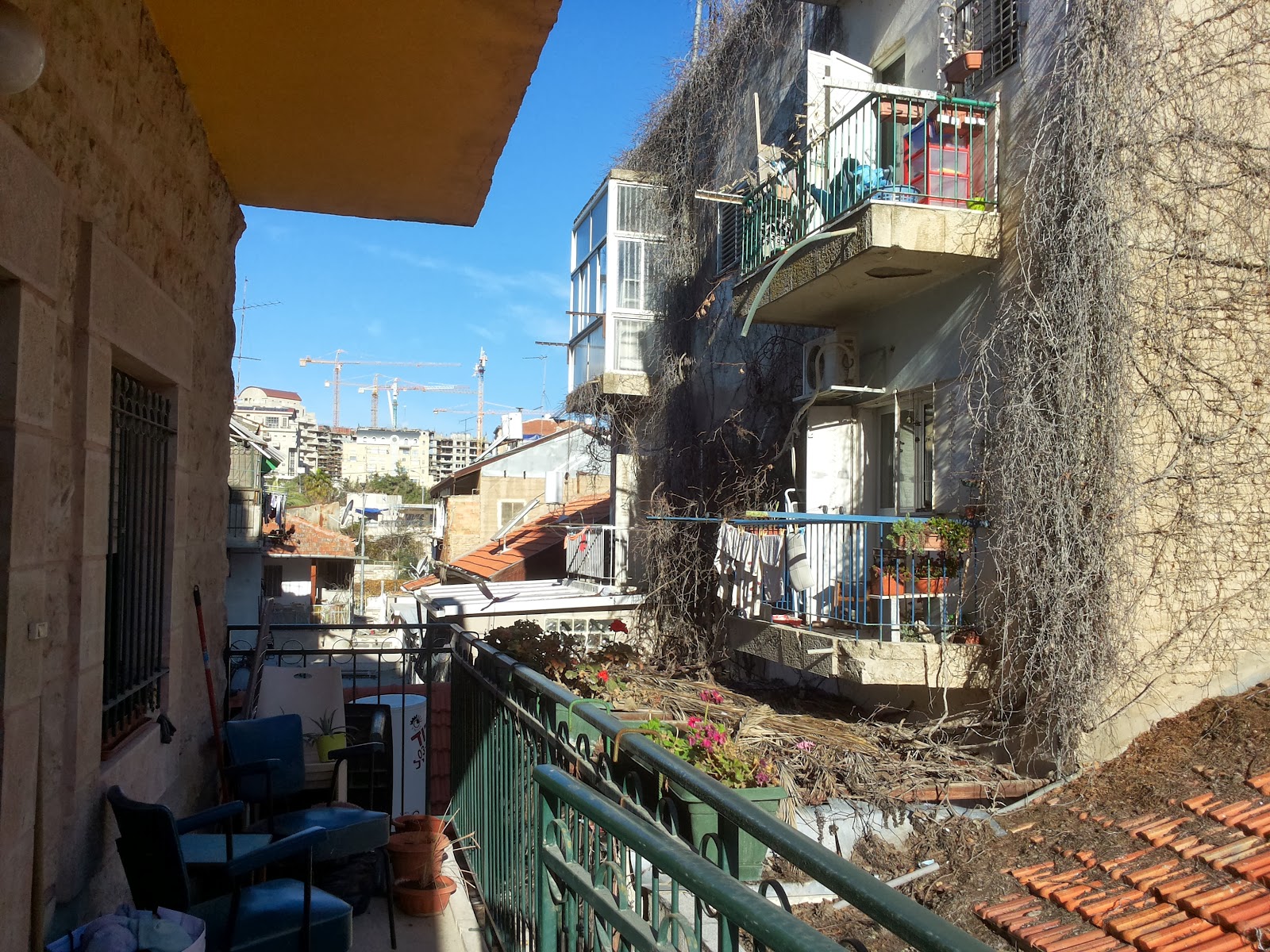 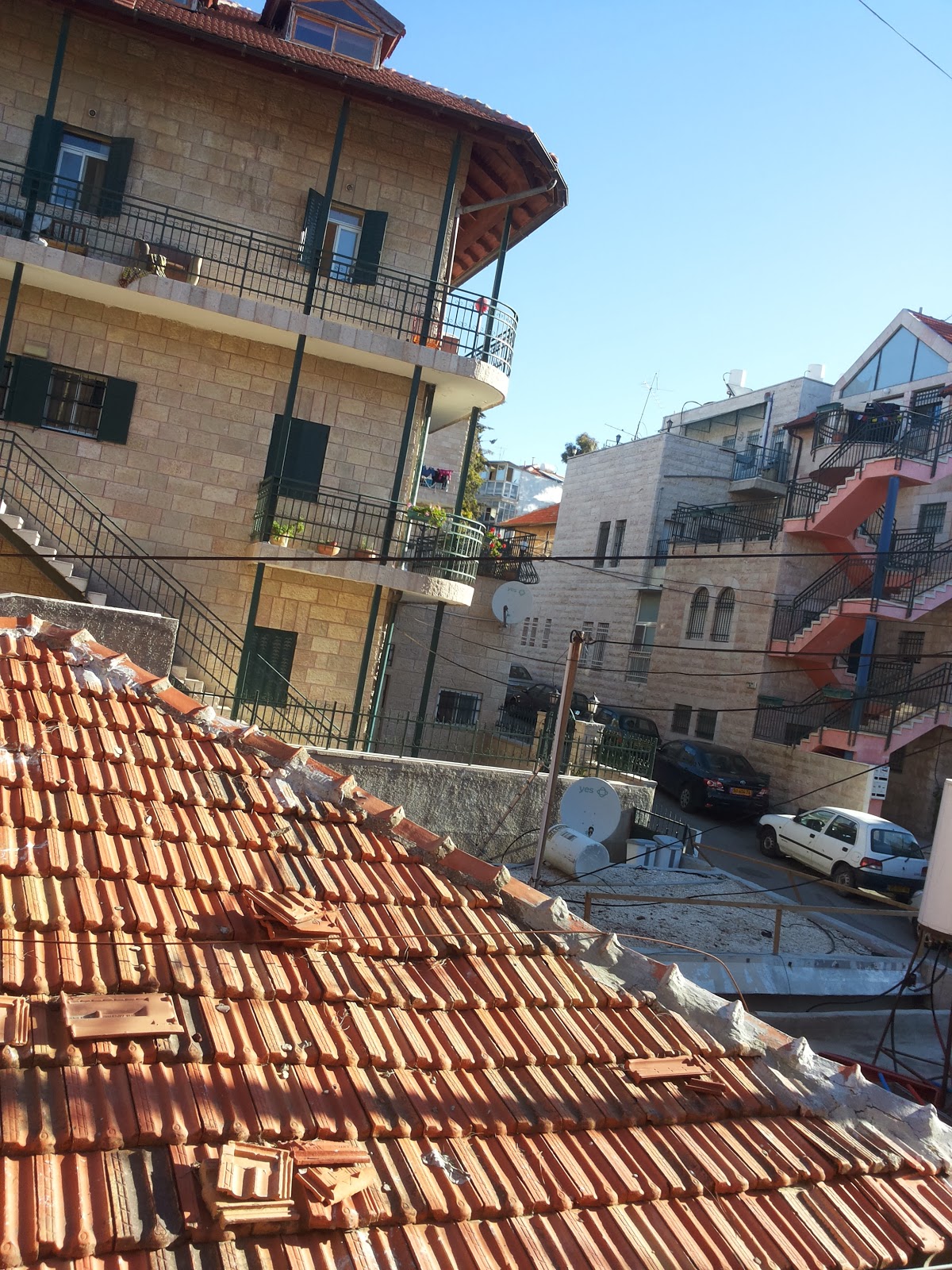 And Nachla'ot/Nachlaot is one of the most photogenic Jerusalem neighborhoods, which is why Natalie Portman chose it as the location to film scenes in her movie, though not the streets I walked Friday morning. She actually chose to shoot on my sons' street though not next to their building.
Posted by Batya at 2/24/2014 07:25:00 AM