When a Smartphone is Too Smart for its Own Good, Saga of the 21st Century 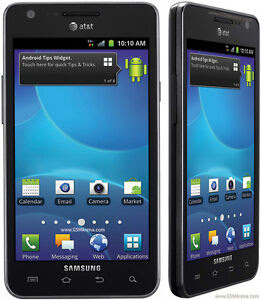 I feel pretty dumb being a relatively new smartphone owner, just half a year. I have a Galaxy II, which is pretty primitive as smartphones go, but in some ways it does more than it needs to.

Those synchronizing apps have terrible appetites. Recently for the second time I had to bring it back to Bug where I had bought it. And I'm really happy I got it in Israel, otherwise I would have had to annoy my sons like I do when I have to get the tv's remote repaired.

The first time I just went back to the store (the branch) where I had bought it, well armed with the receipts of course, and yes they did ask to see them. I guess it's pretty common for people to try to get free repairs on phones, cameras etc which were bought abroad. The guy cleaned out the memory, and the camera worked again for a few weeks. Then again it stopped. I noticed that I had hundreds, maybe thousands of photos in the phone including all of my facebook albums. That made no sense, I didn't need them in the phone.

I got one of those "ahh hah" moments. It must be the syncing or whatever it's called. If I could only cancel the facebook photo synchronization and then delete the photos... Great in theory, but I haven't a clue how to do it. So I went to the first Bug store I could find, and the guy who tried to help only knew marginally more than me. He failed. So then I returned to my usual one of Rechov Hillel, Jerusalem. He cleaned up the mess that the CBS branch made and then cleaned up the memory after stopping the syncing.

He discovered something strange.


All we could figure out was that one of the companies, facebook or google are using a "cloud" for the data. Does anybody have a definitive answer about that?


G-d willing, I'll have smooth sailing, easy time with this phone for a couple of years. I really can't afford to even think of ever having to buy a new one so soon.

I had this problem with my HTC model before I upgraded to a Galaxy II. It's a glitch with the Android operating system, where it *thinks* you're out of memory, but you're really not. The fix used to be to clear my "caches" of data. On the Galaxy SII, here's what you do:

1) Go to "settings" (press the button that looks like a page on the far left of the bottom of the phone, then click the gear)

2) Scroll down to "Applications"

4) Open an application like Facebook and press "clear data" (also any GPS programs you use - those were my biggest culprits).

The downside to this is it will delete any saved passwords you have, but it might make your phone cooperate. You can also check to make sure you're running the latest version of Android (take it back to the store and ask).

Maya, thanks so much. This time I didn't use the facebook app, and I think that brought too many photos. I have a feeling that by the time my year's service is up, i'll know how to do it alone.