Financially my job pays as low a salary as any job in Israel legally can, but there are other bonuses. I'm not referring here to the enjoyment meeting old friends and the funny situations we get into, but those unplanned opportunities to do Chessed חסד, a kind deed to others.

Last night at work, I got a call from a neighbor. I didn't know him by name, but he said that he lived in the caravans (mobile homes) just across from me. He needed an emergency purchase from the Rami Levy discount supermarket which is in the shopping center right next to where I work. He needed baby formula. There are things I won't get, but that was something I was willing to get to help a tiny baby. I ran into the supermarket and found the formula he needed and even found some other neighbors shopping who could take it home immediately. I called him to let him know and figured that was it.

Then just as I was leaving work, a few minutes early, because a friend came by to get me and I was no longer needed, he called again.


"According to the date on the can, it has expired. Can you get another with a later date?"
"Sorry, it never occurred to me to check. But so and so  is still working. Call him, and he can probably pick it up for you." 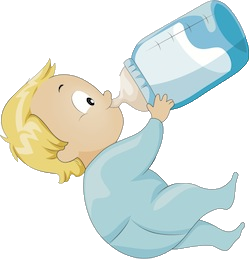 And that's what he did. He told me when he came over a bit later to pay me. That was quite an evening. A whole bunch of neighbors became involved with helping a little baby get food.

While I was riding home with my friend, we both commented gratefully that we were able to breast-feed our children and never had such emergencies. We are both grandmothers now, and just thinking of  the idea of having to try out and choose formulas, bottles, nipples, level of sterilization etc seems so impossible to imagine.

A good community is worth more than a GIGANTIC salary. :-) Glad you are blessed with the former, if not the latter.

B"H but a bit more money would be nice.