This morning I made the first brew of the last of my stash of "Eight O'Clock" coffees, which I had bought in New York over two months ago. It's Colombian Peaks. 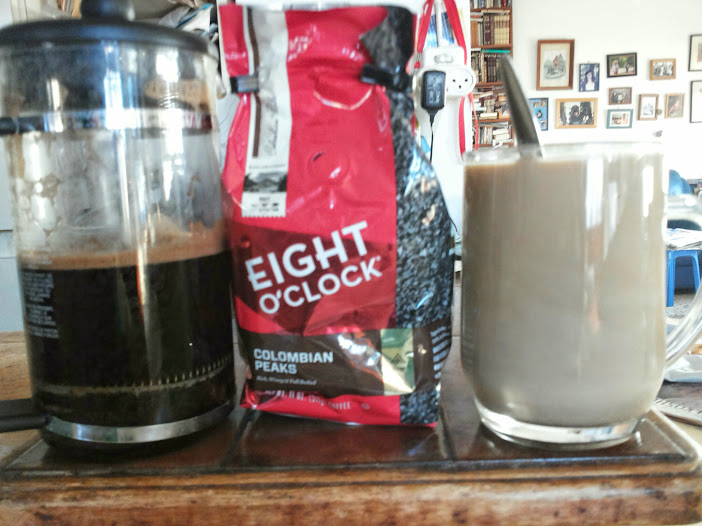 As you can see, I used the French Press and added milk. I also added sugar. According to the icon on the package it's a "medium flavor," which was the same as my previous  Caramel Macchiato, but this is real coffee taste. The Caramel Macchiato tasted strongly flavored. After a couple of weeks or less the novelty of the special flavor had long worn off, and I'm glad that Colombian Peaks has none of that artificial taste.

In some ways its flavor is similar to percolated Elite Turkish coffee which I never get tired of. The aroma is a great wake-up call.

I'll also have to try it in my little cup filter and percolator to give a full report.

sounds good to me!