Quiet Lunch Escape in the Center of Jerusalem

As you know, I'm always on the quest for a low-cost worthwhile lunch in Jerusalem. I've tried out many of the ns5 places. They are fine if you don't need the nutrition of a "real meal." The rolls are large enough, but sometimes there's barely a dessertspoon (smaller than a teaspoon) of tuna in the sandwich, and I'm not always in the mood for eating on the sidewalk or in motion.

One solution I've used a few times has been the "two meals for the price of one"  ns25 large tuna salad which comes with a roll from the Neeman on the corner of King George and Jaffa Streets. I eat about 2/3 the salad for lunch and then take the roll and the rest of the salad to work for my dinner. Yesterday I was not in the mood for that. I also didn't want any "too big" sandwich for ns18 or so. I decided to have their sandwich and coffee deal for ns20. The roll was large enough, and from what I could see, there was the equivalent of about ten ns5 sandwiches of tuna if not more.

When I asked where to wash my hands, I was sent "upstairs." There I discovered a quiet place, much nicer than the few tables on the street overlooking the busy corner, which one shares with pigeons and strangers. 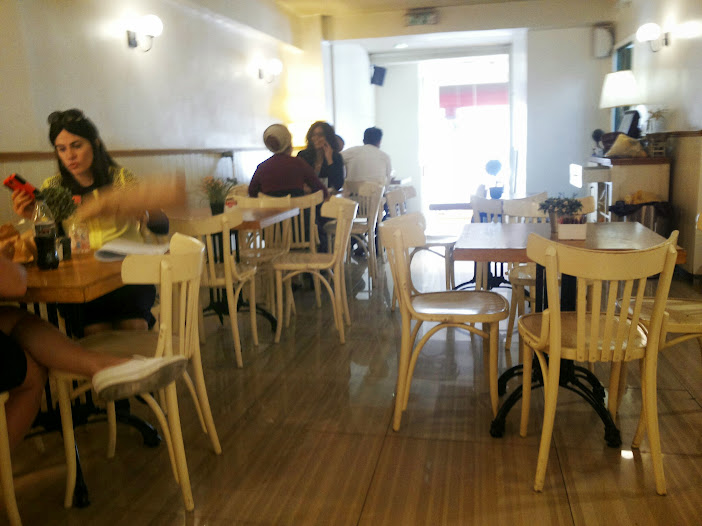 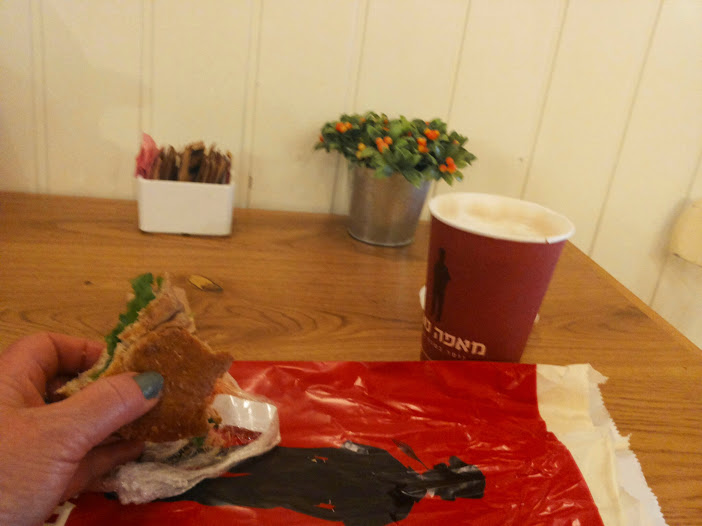 Tired, I sat at the table closest to the sink, which was by the 00 WC's. The downside was the strong smell of urine. Apparently they don't clean there often enough. Next time I'll just pick a different table.

I definitely did need that escape from the hustle and bustle of the street. The ready-made whole-wheat tuna sandwich was full and tasty and just the right size. The coffee was good, too. I don't usually drink coffee in the middle of the day, but I did feel the need and had a long day of work still ahead of me. It did end up to be a good choice, because I functioned well for hours after eating that meal.