I've been making a version of these fruit candies for a while and have even blogged about it. But my new version is much healthier than the old one. Now, instead of using the ready-made date spread which has lots of added sugar, I found a block of pitted dates. 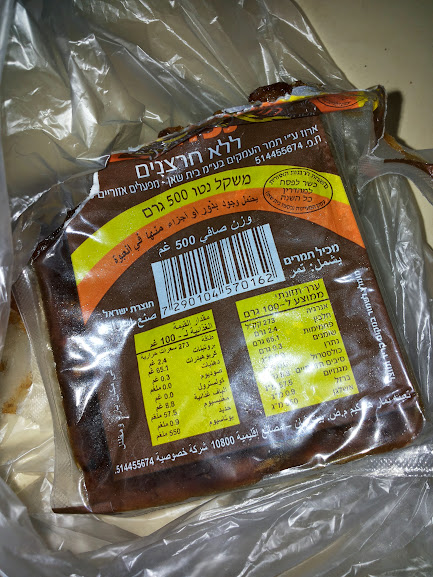 Yes, that does mean that I had to "mush it," make it spreadable or pliable. When I was the cook in the local infant daycare center, I was taught to add some boiling water and mix with two forks. We were also told to add some cinnamon. 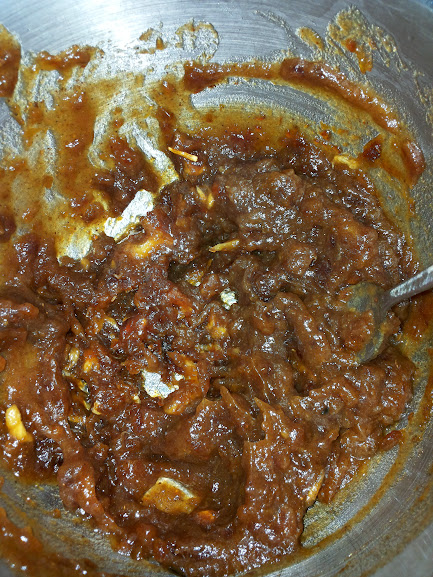 So that's what I did. Then I added coconut. You can add small seeds or nut flour or unflavored sesame paste. You can also add unsweetened cocoa. 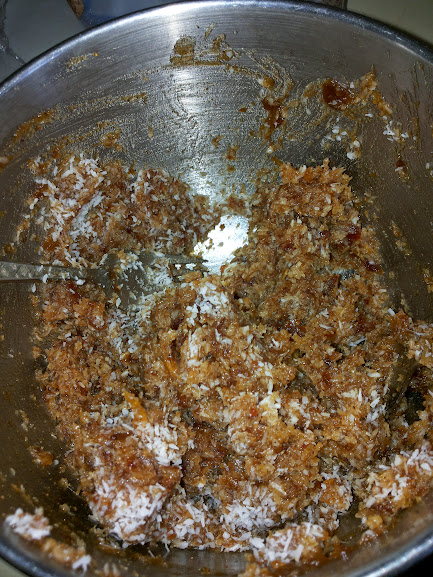 Then I formed balls and put them in a plastic bag with more coconut for coating and gave it a shake. 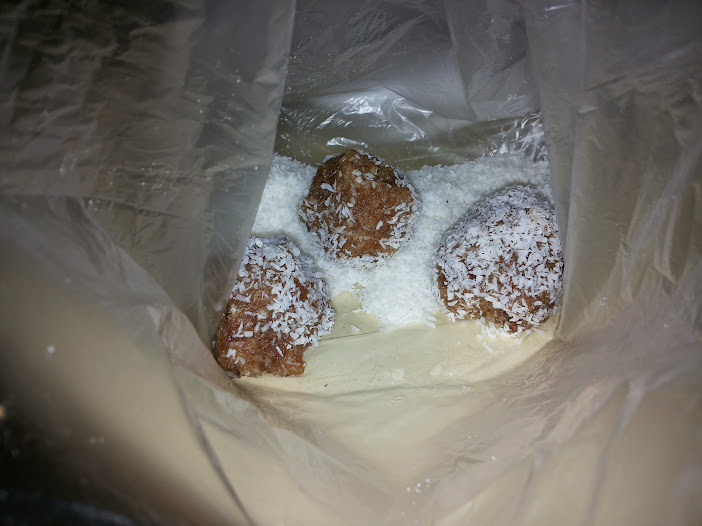