I tried all sorts of ways to get a decent night shot. Many of the other photographers have these fancy cameras with all sorts of controls and lenses. They keep telling me, in comments by my photos that my camera also has controls. Hah! Try to control it and read the menu especially at night. I've tried clicking all sorts of things, and it just doesn't do what the Canon site claims it can. And I can't trust automatic, because I don't want a flash to go off. Anyhow, I got a halfway decent shot, or so I think, considering all... 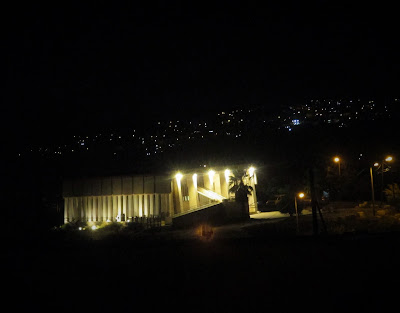 Here in Shiloh, our main synagogue is modeled after the Biblical Tabernacle which had "rested" here in Shiloh for almost four hundred years. A few months ago, it didn't look so bright and well-lit at night, but since then it has undergone a major sprucing up.
Camera: Canon Canon IXUS 145
Shutter: 1/8th of a second
Aperture: f/4
ISO: 800
Location: Shiloh, Israel
One night last week, I wandered around with my camera and a little tripod. I set it up on benches and walls. That's when I took the picture of the synagogue. Before then I had taken a couple I liked. Here's #2 choice:

And there were a few others I liked, but I knew they weren't up to standard. Ort maybe I haven't a clue as to what "standard" really is. 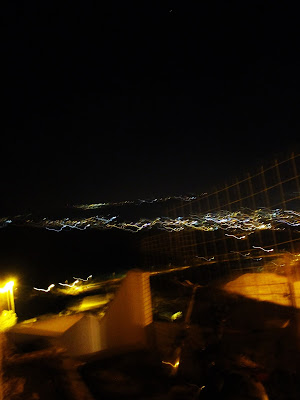 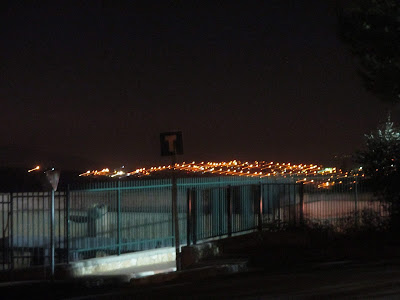