The 5 Shekel Cup of Coffee and More

It's getting more and more common to see signs like this one in Jerusalem. Yes, a NS5 five shekel cup of hot coffee. 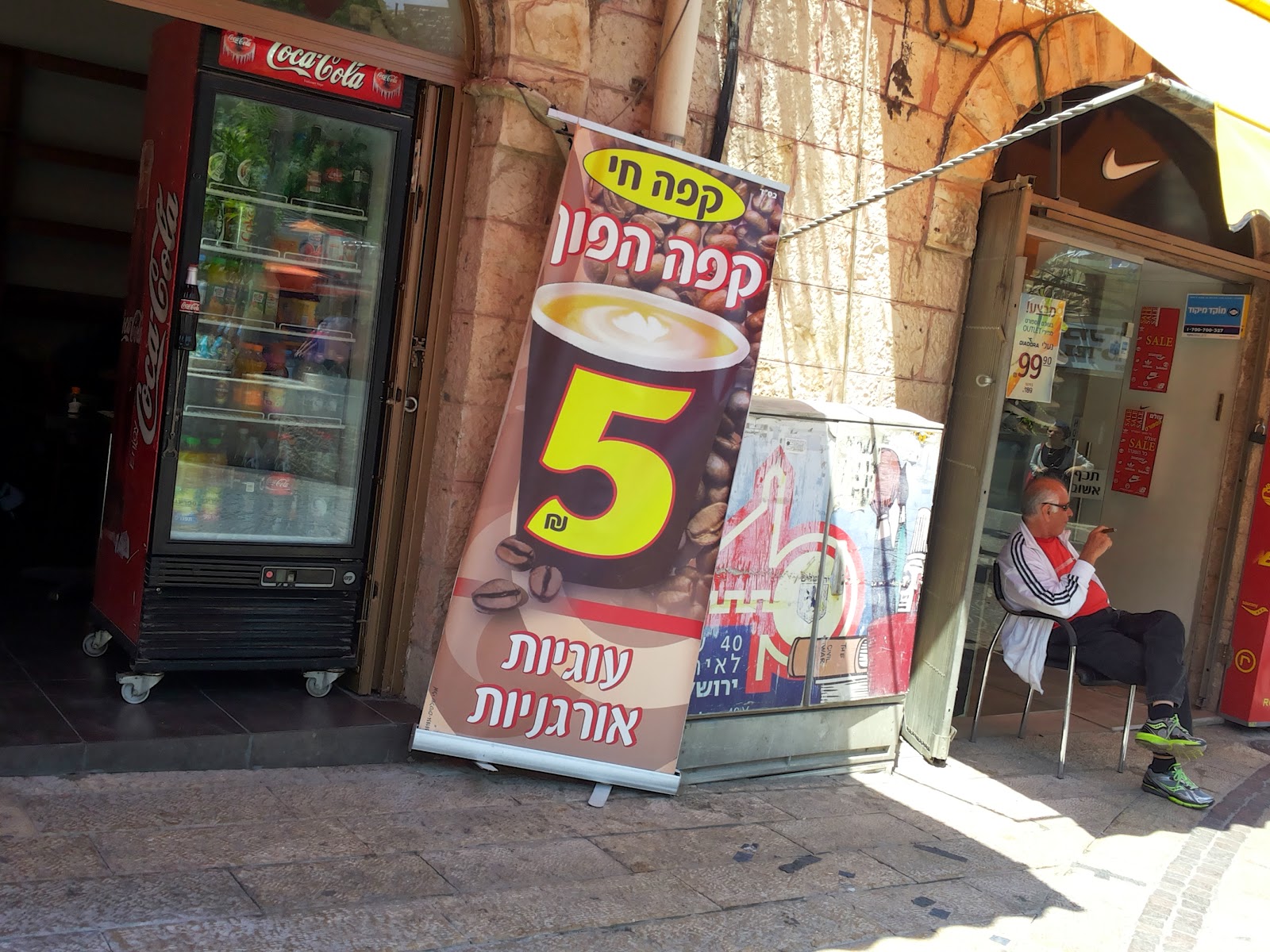 There are also a few small ns5 restaurants, like the one in the middle of Ben Yehuda Street in which I got a filling meal for ns10 a couple of months ago.

Since then, there has been a price revolution in Israel. Yesterday I had some carrot juice in the veteran juice bar on the corner of Histadrut and King George. They now sell their smallest carrot juice for just ns5, too. Since I was buying the juice to sub for lunch I splurged on the medium for all of NS8. 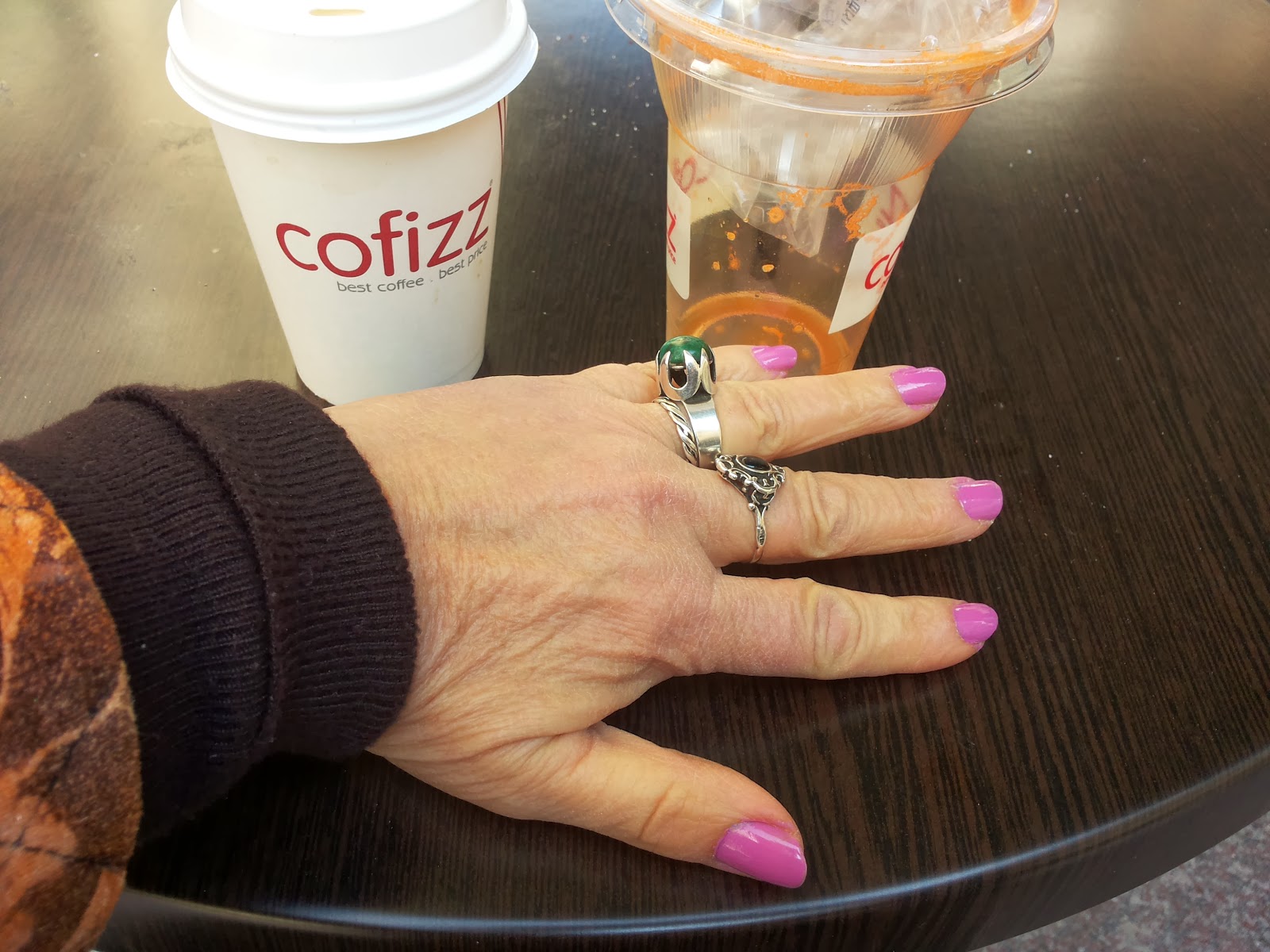 Just a small warning. The quantities are smaller in most cases, so beware. But considering the well-known fact that obesity is mainly caused by eating portions that are too large, I recommend going to these five shekel restaurants if you're on a diet or just want to keep the weight off. You'll pay less, eat less and won't waste food that you've paid for.
Posted by Batya at 5/15/2014 06:55:00 AM

I like your concern for health, when advising smaller portions.
-Lorri M.

For years already it is my too large portion eating that is keeping my weight up. Yes, I've lost and maintained a better weight, too, but it would be lower if I could just cut portions more.
Israeli weight loss programs should recommend these ns5 places for eating out.