Yesterday we met with cousins in Jerusalem. The plan was to go to the new Plugat Hakotel Museum in the former Maon Betar, Old City Jerusalem, where we had lived for almost a year after making aliyah in 1970. But when we got there we discovered that too many other people had the same idea. It's a very small museum, and you have to reserve a specific time slot to see the exhibits and movie. Since we're all retirees, we decided to do it another time.

Instead we found a place for lunch and just walked around a bit. Jerusalem was full of visitors from near and far.  We made our way out of the Old City through Mamilla Mall and then to the lobby of the Jerusalem Waldorf Astoria, where we sat and chatted. After that we made our separate ways.

Here are some photos: 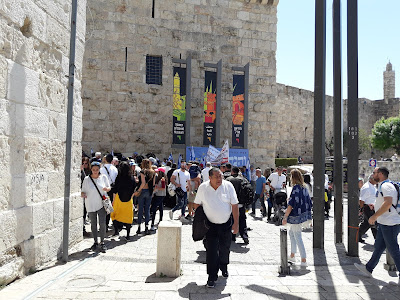 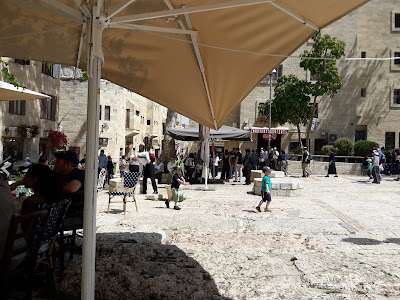 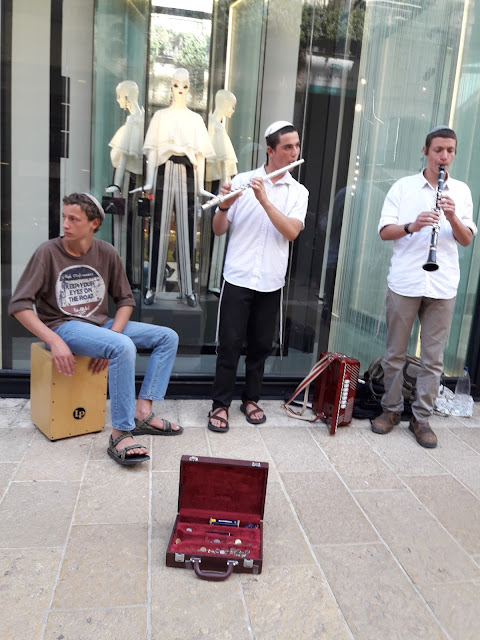 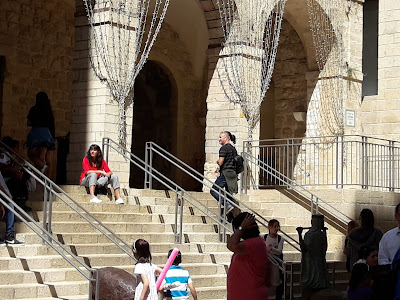 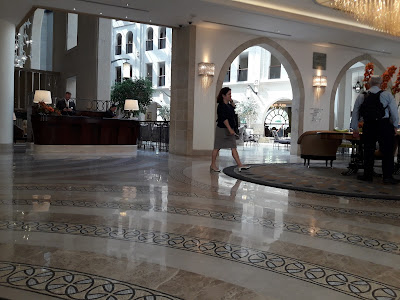 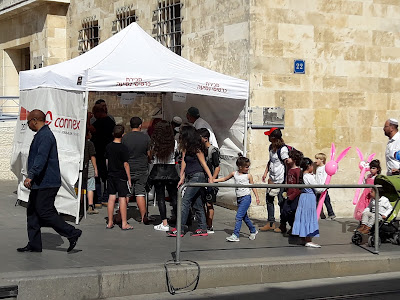 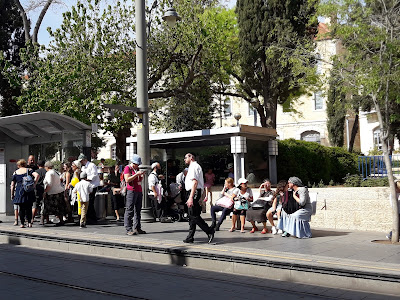 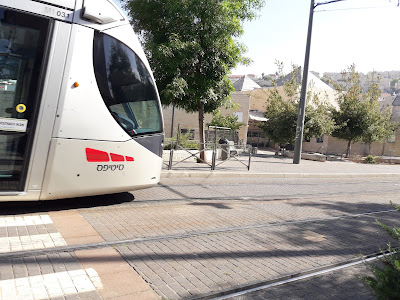