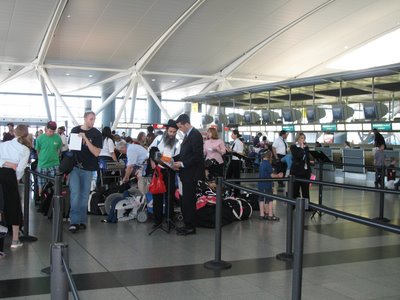 We davka celebrated our forty-third 43rd aliyah anniversary on the fifth 5th of Ellul the day we made a big sheva brachot (post-wedding) bash for our son and daughter-in-law.  This seems to be the season of aliyah milestones, especially since most Jews come from the northern hemisphere and summer moves are very common. 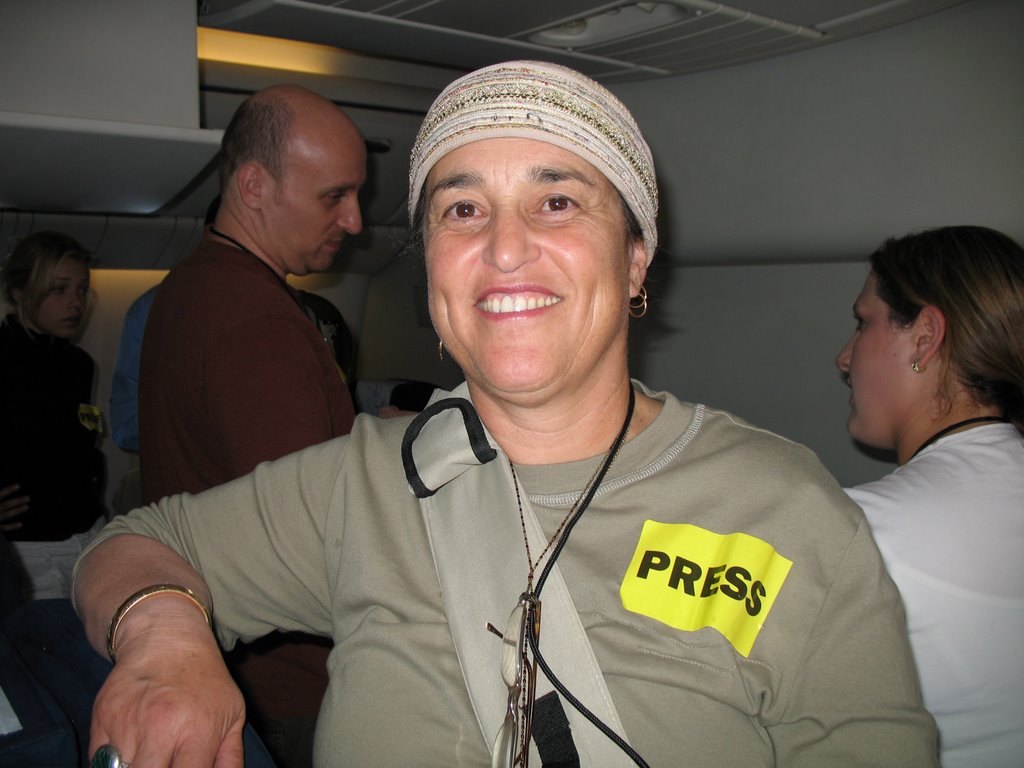 Nefesh B'Nefesh started its big aliyah enterprise with summer flights ten years ago, and I was privileged to be accepted as a bona fide journalist on a couple of flights to Israel, seven and eight years ago.

A also had the thrill of going to greet a plane of new immigrants a few years ago. 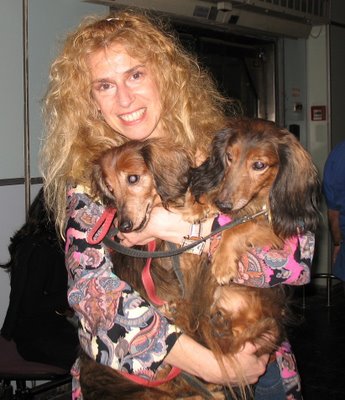 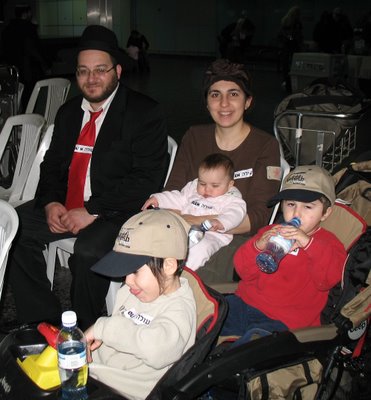 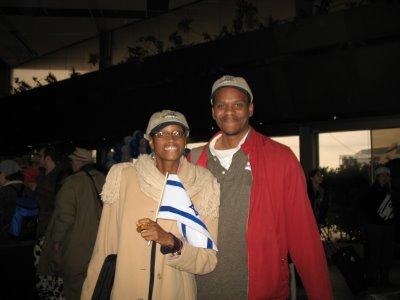 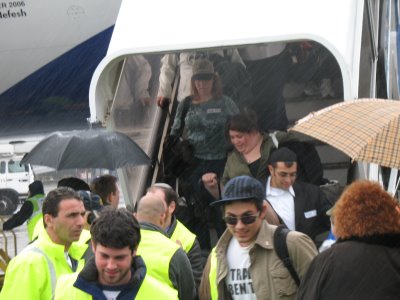 I really should do it again.

Before I relinquished him to his friends and the flight into his future I blessed him as I do most Friday nights. I said out loud the bracha of Shehechyanu – thank you God for bringing us to this moment. There, in the swirling maelstrom of hundreds of people saying goodbye, I reminded my son how very much he is loved, and how very proud we are of him.
The pride in my heart waged war with the sadness of goodbyes. My first son to leave home. My eldest. Surrounded by loved ones who came to wish him well he took this big step. He hugged us all and waved goodbye. One of the next pictures I had of him was him landing in Israel with the biggest smile on his face that I have ever seen. His joy is my joy.
My other boys held my hand, and put their arms around me and were so solicitous as we walked to the car, the KoD providing a strong shoulder for me all morning. I didn’t expect the thump of sadness that was delivered to my heart. It hurt to leave, it hurt to say goodbye. But that smile on his face? I knew he’d be ok.

A charter plane dubbed the "soldiers' flight" touched down in Israel on Tuesday morning, bringing 125 young American Jews ready to don uniforms and join the ranks of the Israel Defense Forces.
The flight, carrying a total of 330 new immigrants from North America, included 63 men and 62 women aged 18 to 22 who will soon be inducted into the armed forces, most of them slated for combat. Israel Hayom

Way back when in 1970 I don't think my parents and in-laws felt the way Hadassa feels.  That's because mine and my husband's parents and their peers didn't dream of aliyah for themselves.  They, like their parents, considered living in America as being in the "promised land."  We betrayed all of that.  Our aliyah mocked their beliefs.

So many of my friends had voiced plans like mine and my husband's to make aliyah but they ended up staying in galut, gallus, the diaspora.  And then, they, too played the same script to their children to keep them from moving to Israel.


"First get an education and get yourself established."

Well, in all honesty and after almost a half a century of experience, I must say that is the perfect recipe to make aliyah difficult if not impossible.

All of my hugs and praise to Hadassa and the other parents who are supporting their children's decision to make aliyah now when they're young, before getting university educations etc.  Blessings to all!
Posted by Batya at 8/14/2013 08:40:00 AM

Great post. Enjoyed both the pictures and memories and sent it over to LOTL on FB to enjoy as well.