We were at my married daughter's home last night, the entire Israeli Medad clan, after lighting the Chanukiyot at home. 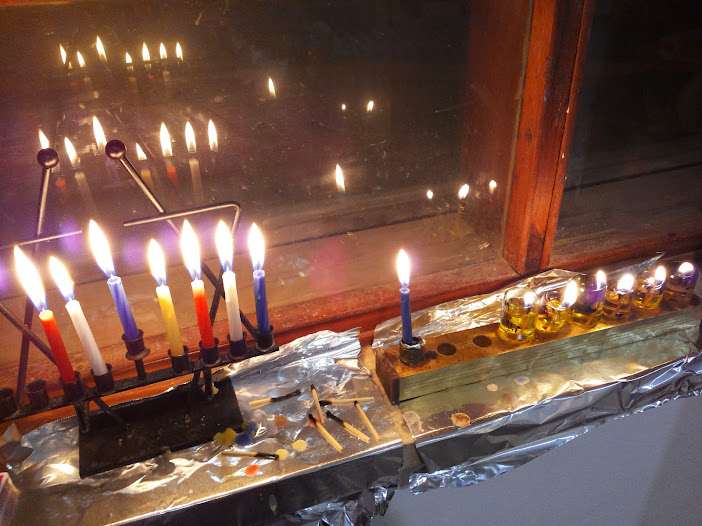 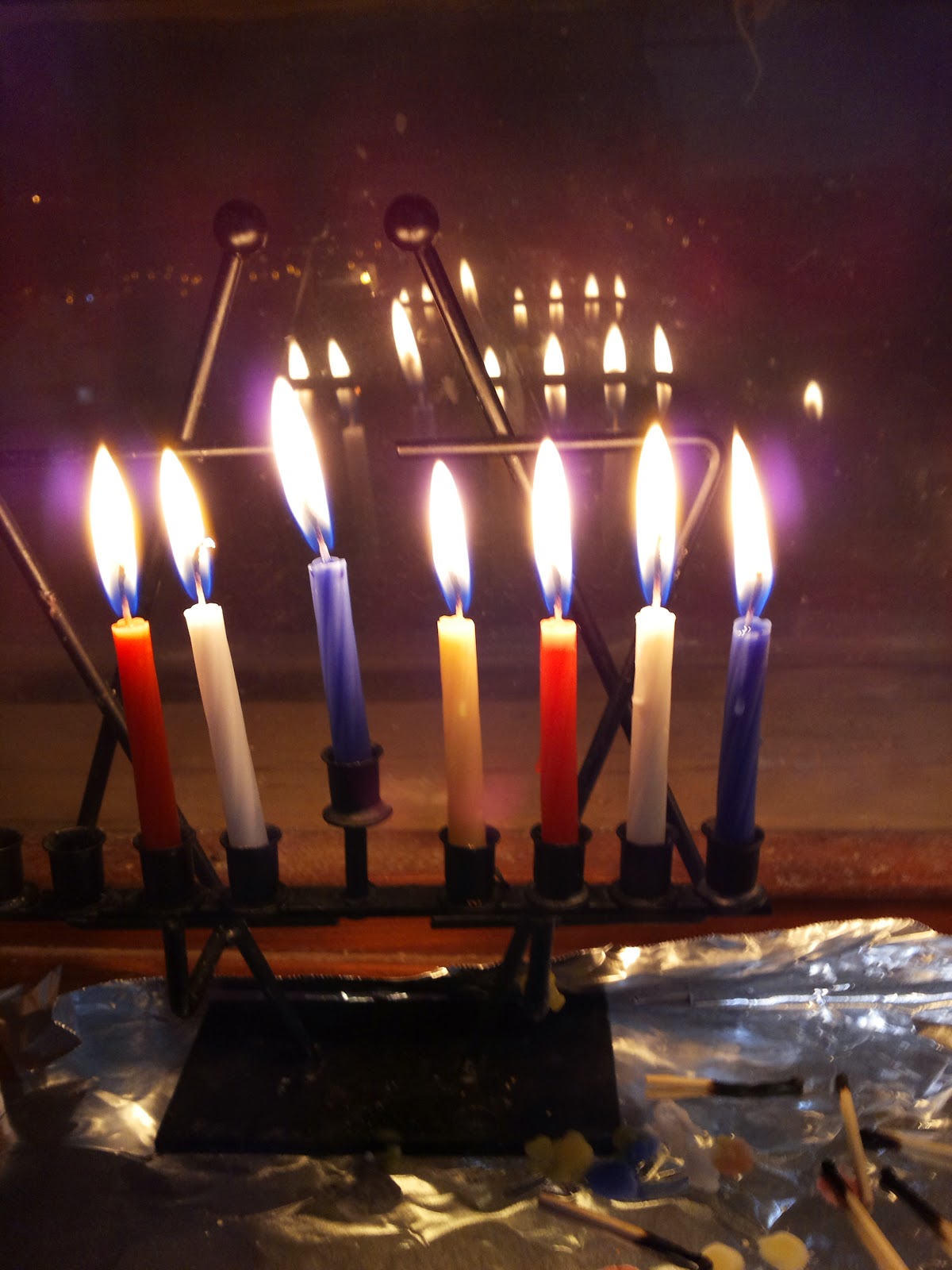 We arrived just as they were lighting their outside the front-door Chanukiyah, which was done very quickly because of the cold. Before I could whip out a camera they were already inside. And inside there was an enormous display of Chanukiyot, since making them is a very traditional Arts & Crafts project in Israel, and my daughter has been saving the grandkids' works of art. 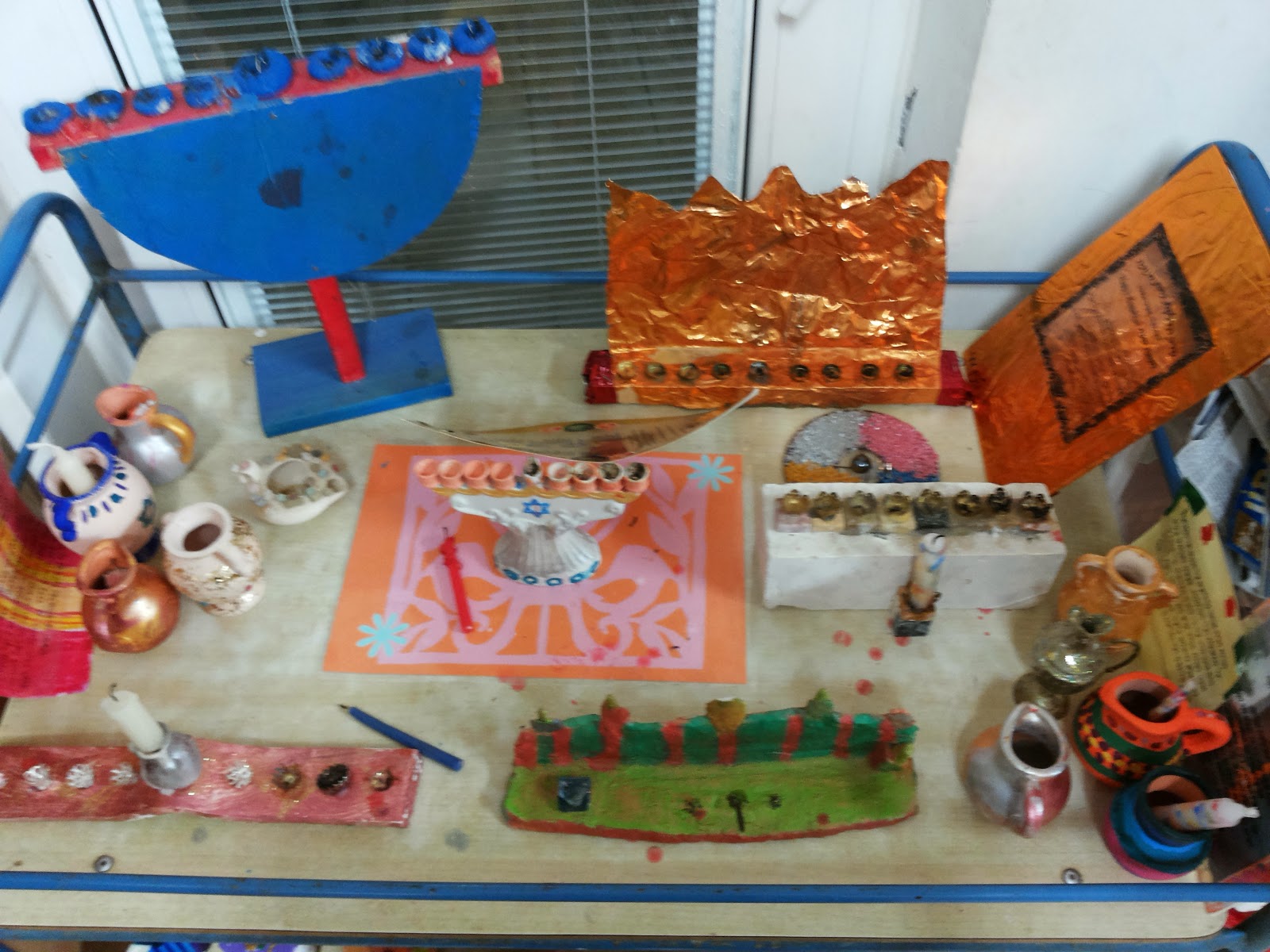 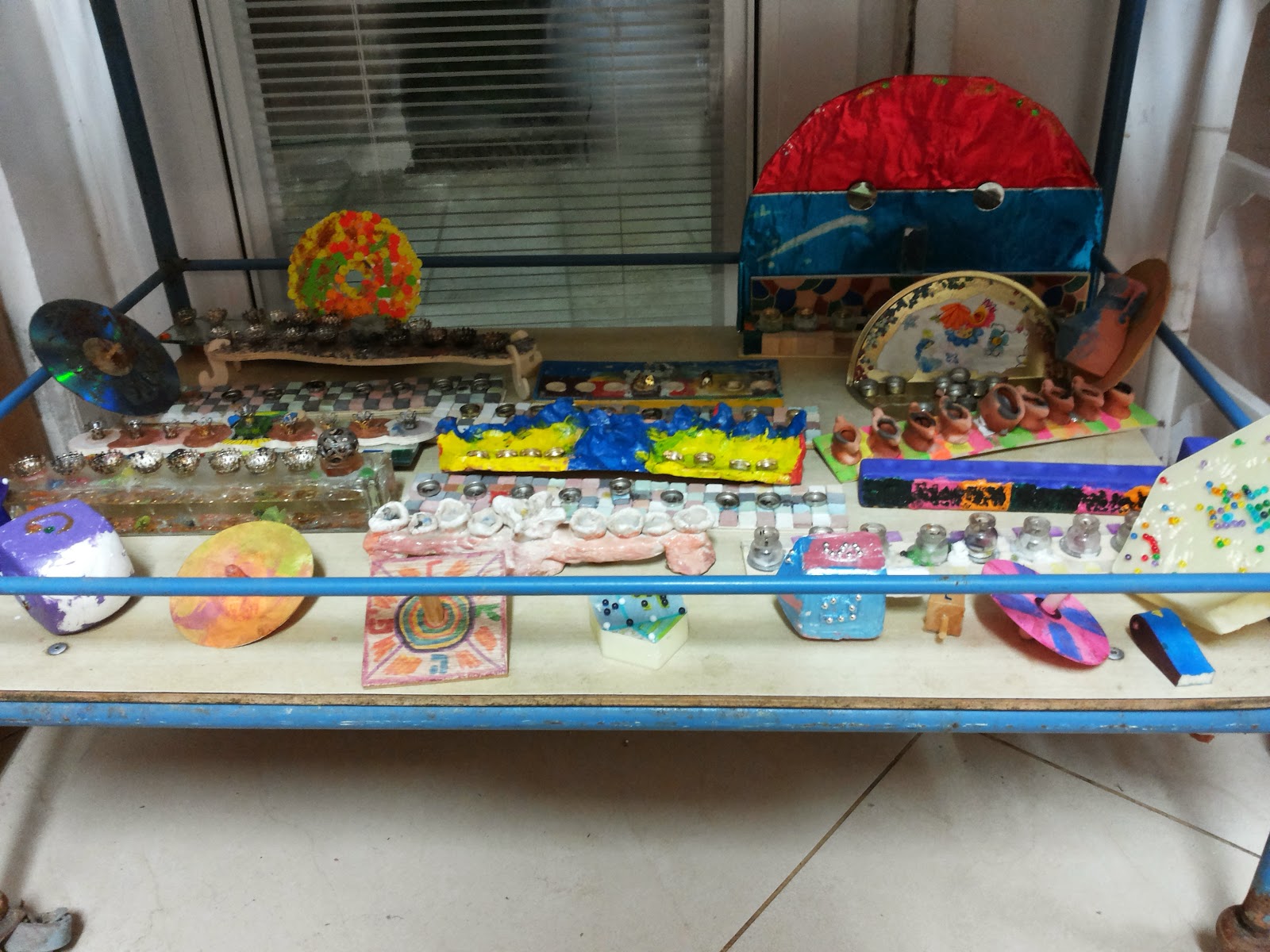 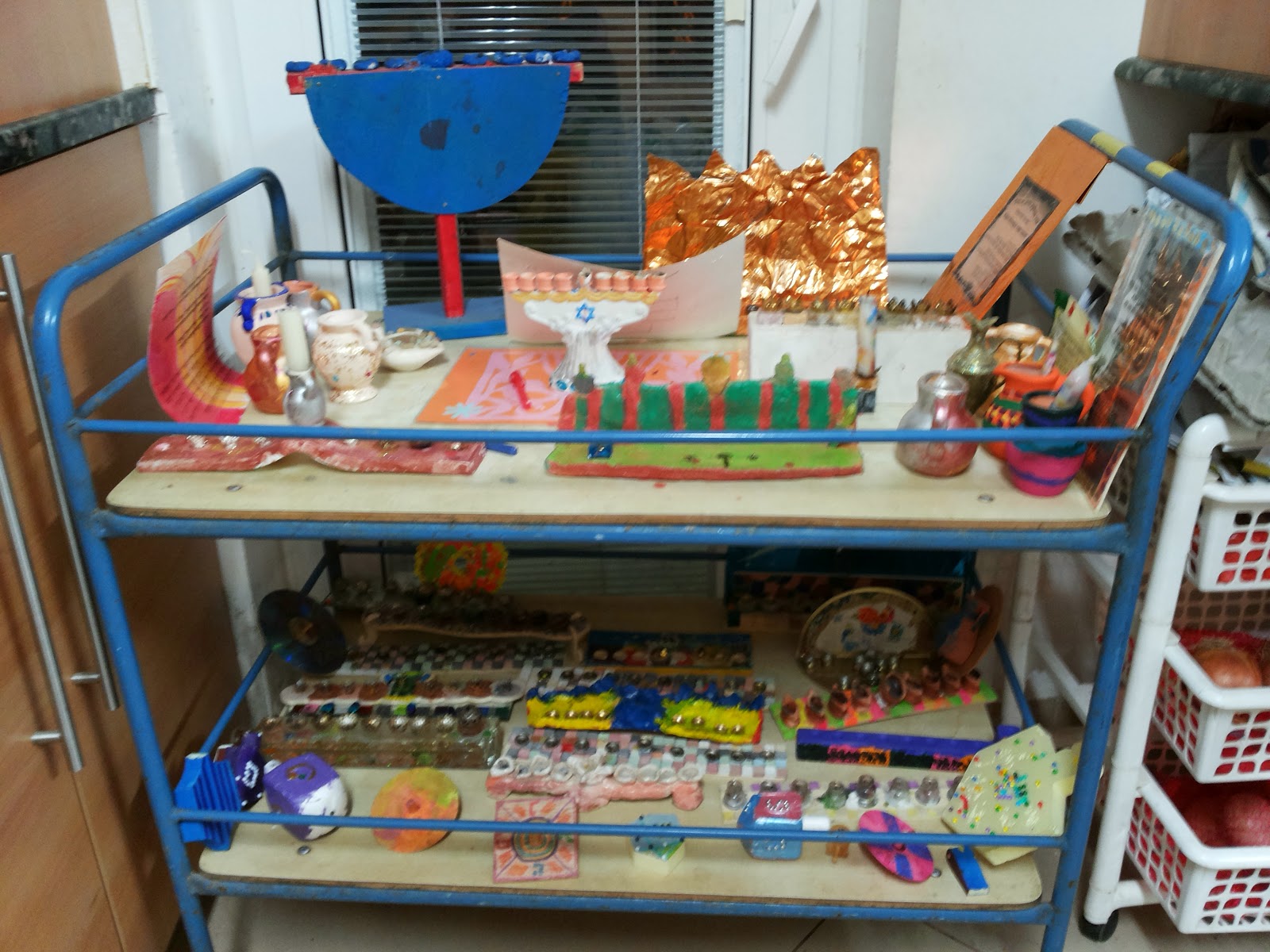