Since Chanukah is eight 8 days long, and we're only on day #2, no doubt I'll post more about it.

Just before Chanukah, I went to my granddaughter's party in gan, nursery school. That got me in the right mood for the holiday.

It was at the party where I took the photo I used for this week's 52Frames, "Contrast."

I was in Jerusalem the first night of Chanukah, and my not very trusty Canon IXUS 145 froze after taking this shot:

It was at Kikar Tzion, Zion Square, downtown Jerusalem. People were gathered around listening to whom I think was one of the Sephardi Chief Rabbis, possibly of Jerusalem, according to his "gown" and head-covering. Since I was pretty angry at the camera and only a 2-3 minute walk from the store where I had bought it, I marched right over there to complain. He did what I do to my phone when it dies, which is what I would have done if I hadn't been near  the store. He opened up the battery case and took it out for a second. After reinserting, of course it worked.

Afterwards I walked to the Mamilla Mall, where Chanukah celebrations were going on. 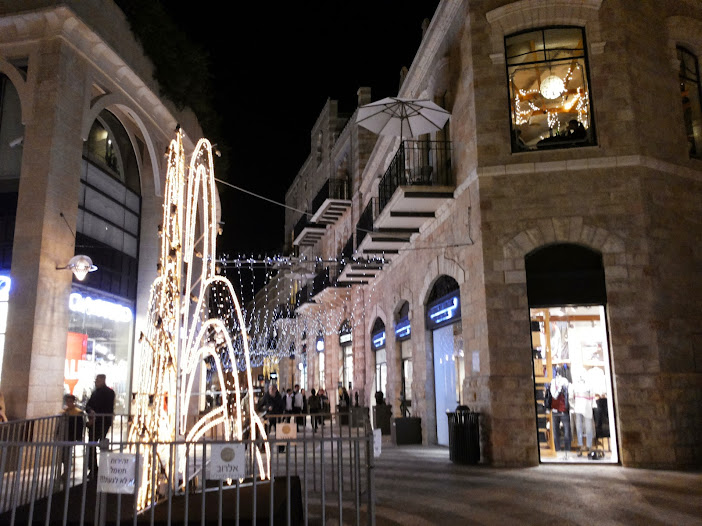 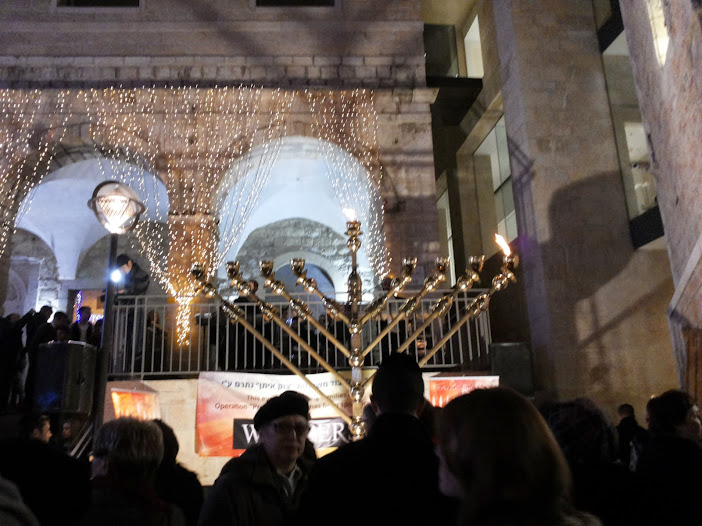 It was mobbed with happy people, not only Jews were there. I saw lots of Arab families walking around. And that came to mind when I saw the choice of Chanukah videos in The Forward, 8 Best Hanukkah Videos of 2014. Here's the one from the TV show Glee: