Over the years I've taken some amazing photographs during the Yom  Ha'atzmaut (Israeli Independence Day) Prayers in the large Shiloh Mishkan (Tabernacle) Synagogue. Those years I would  make a point of sitting front and center in the Ezrat Nashim (Women's Gallery) where I'd have a bird's eye view of the joyful singing and dancing. But this year for various reasons, I decided to sit a bit further back, though on the aisle so I could easily, at least so I had thought, get to the front to photograph the dancing and shofar blowing.

When the "action" began I didn't rush up. I didn't feel like being pushy, but then all of a sudden I realized that this isn't my year to take all those great pictures. And then I decided that photographing the other women photographing the dancing would be a very good substitute. So, here they are. 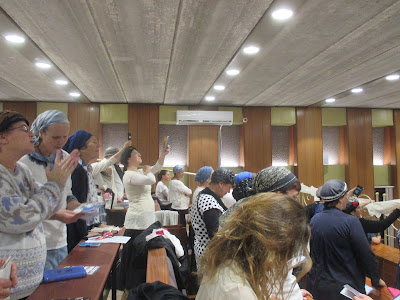 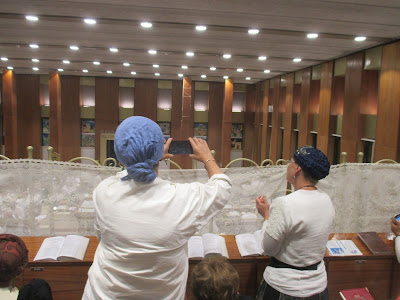 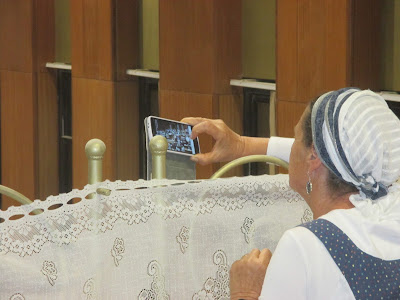 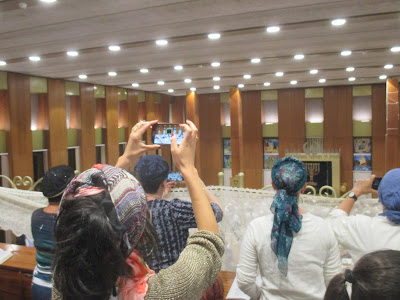 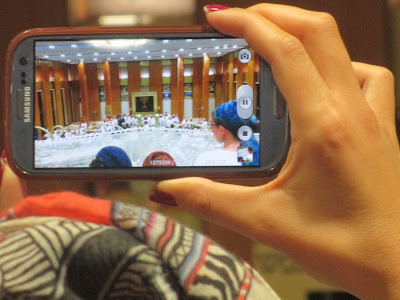 My response to this post is on my own blog here: http://onthefringe_jewishblog.blogspot.com/2016/05/filming-action_13.html

will check it out, thanks