As you readers know, I go to football, American Football games here in Israel. That's because my son is very involved, first as a player and now as head coach of the two times champions Jerusalem Big Blue Lions. But for most Israelis the sport is soccer.

So it shouldn't have surprised me to see a giant screen up in Music Square, near Piccolino, so that the patrons of the various restaurants could watch the Mondial while eating. 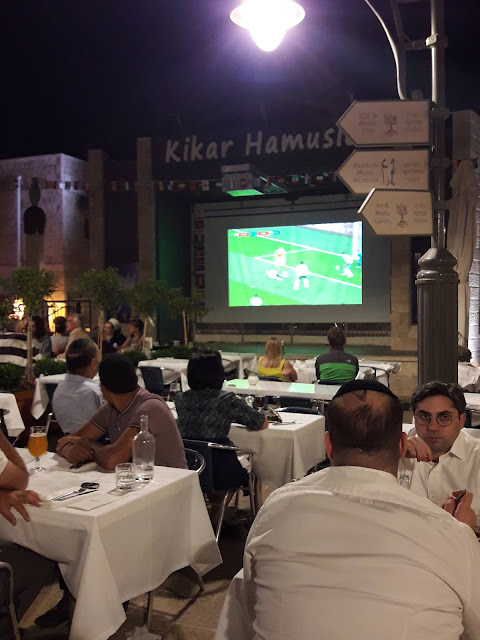 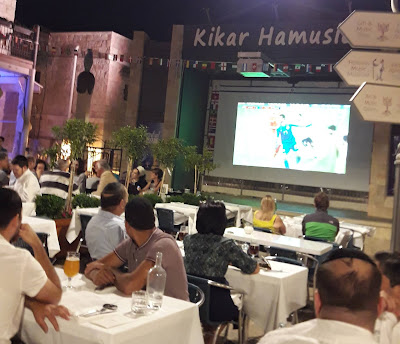 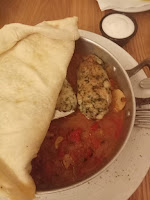 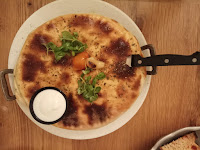 I guess that's why we had no problem getting a table inside, sans reservations, for dinner the other night in Piccolino.
Posted by Batya at 6/22/2018 06:25:00 AM