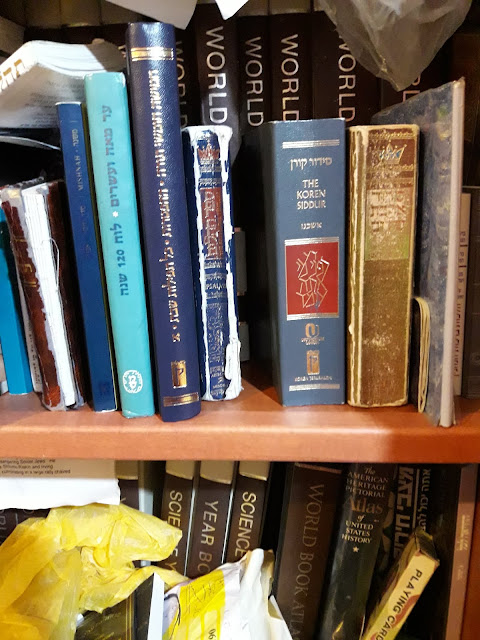 My parents bought us World Book Encyclopedia in around 1960, the first edition that had the human body with a special layered plastic section. I loved going through the volumes. And for a number of years, they also ordered the supplements. World Book was readable and accessible even for younger kids.

So, when not long after we returned to Israel from shlichut in London, a salesgirl showed up (1977 or 1978) selling World Book, I grabbed the opportunity. I even joined the sales team a few years later but had trouble countering people's

So, I didn't last long nor sold much.

My kids grew up with World Book. I would tell them to use it for school projects and research even when they couldn't read much or any English. During the period of time we had new immigrants from the USSR over for Shabbat meals, our trusty World Book proved very helpful in explaining and illustrating. I even remember being shown the breed of dogs one liked from the Dog section of the encyclopedia.

In recent years it hasn't been opened much. I was thinking of just giving it to the kids and even letting them cut it up for projects, but then...

As we were talking on Shabbat with guests, there was a bit of a debate about some location in Israel. We're Sabbath observers, so no computers or smartphones can be used, and I needed the answer ASAP. So, I went to the shelf and pulled out the World Book Atlas. Alas, the map of Israel wasn't large and detailed enough. So, I got out the "I volume," found Israel and checked the map there. My proof was easy to show everyone.