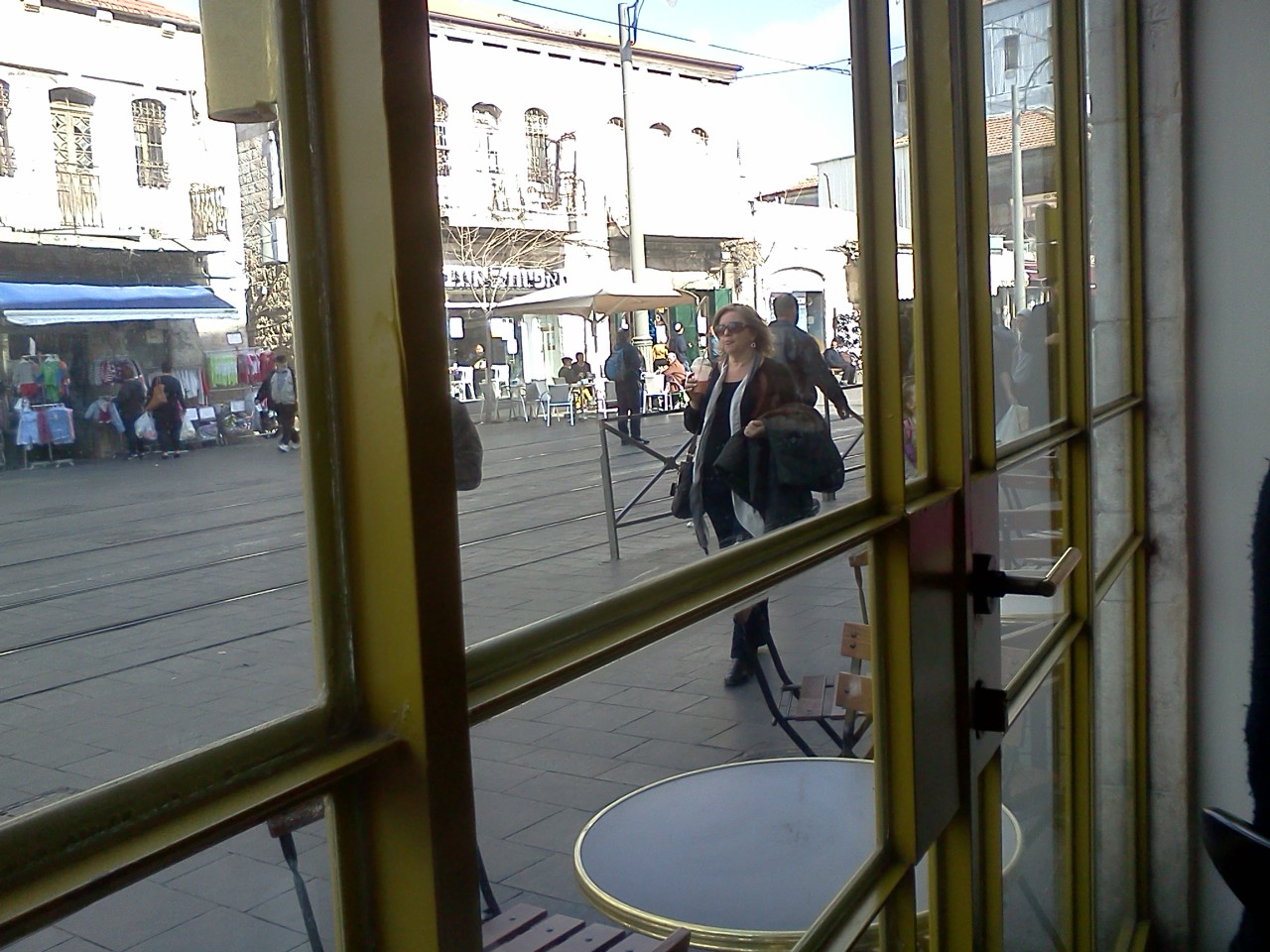 It's that time again. Batya is off to Arizona and she's asked me to say a few words to the me-ander crowd. Since the weather today was so nice David and I decided to meet for lunch and then buy some fruits, vegetables, meat and other stuff at the shuk - Machane Yehuda open market. Batya goes there often as well and has written about it before.
Since it's a bad idea to go shopping on an empty stomach we went to eat first and shop later.

David and I met at a recently opened establishment called Haba Tratoria. It's right at the entrance to the shuk. It used to be a bakery selling the usual bread, rolls, cookies and other standard fare. But its location is so central and visible they turned it into a really upscale dairy restaurant. It is tastefully decorated very bright and cheerful. Everything is very coordinated and with lots of pretty accessories and serving dishes. Definitely not old style shuk. 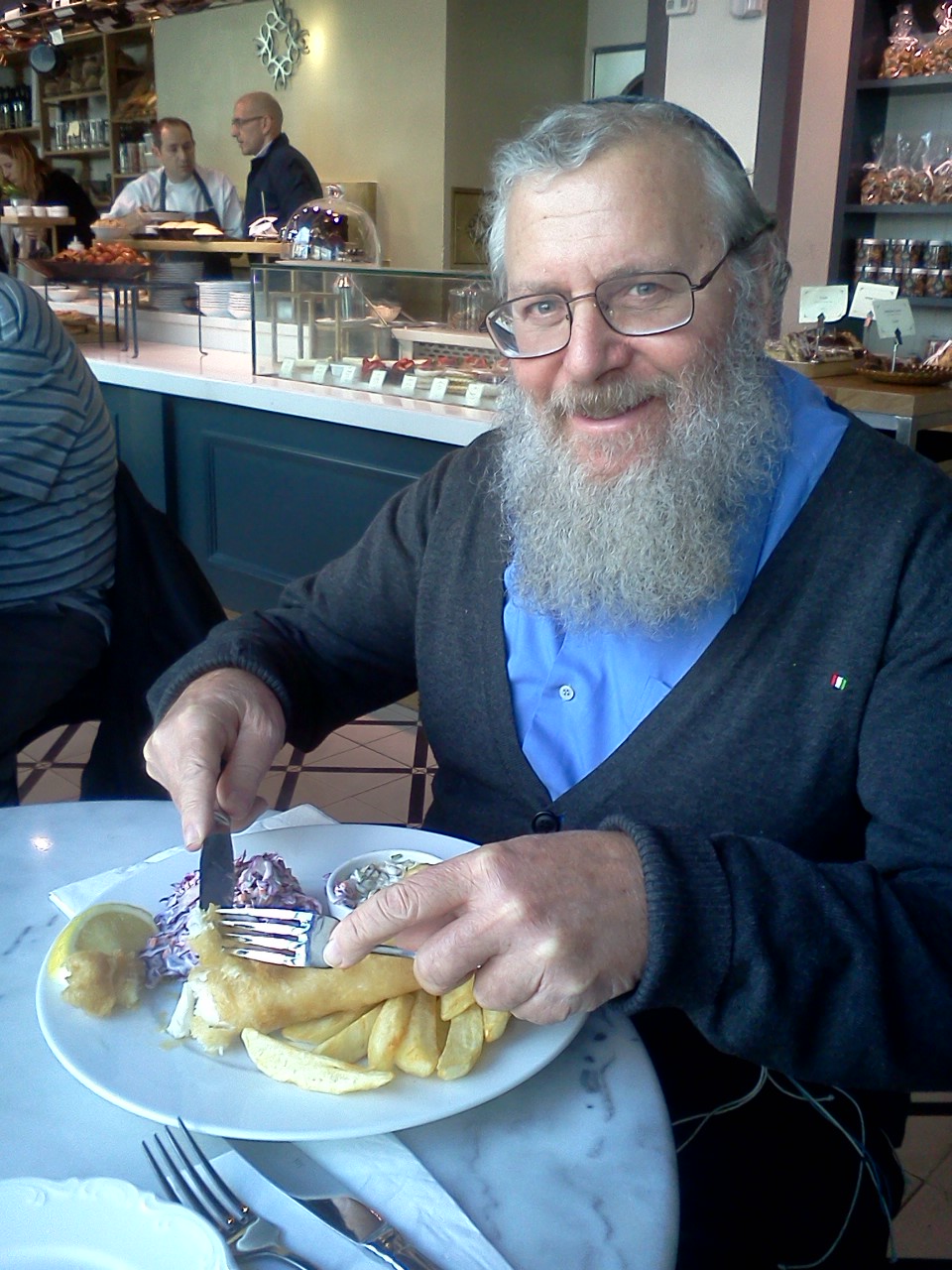 David had fish and chips and he reported that everything was tasty. I was more adventurous (and less hungry) and had an appetizer of three cheese balls served over caramelized onions (oops, forgot to write down the name of the cheese. It was delicious and not the kind of food I'm likely to whip up in my kitchen.  The prices are standard for a cafe and the portions are not large. 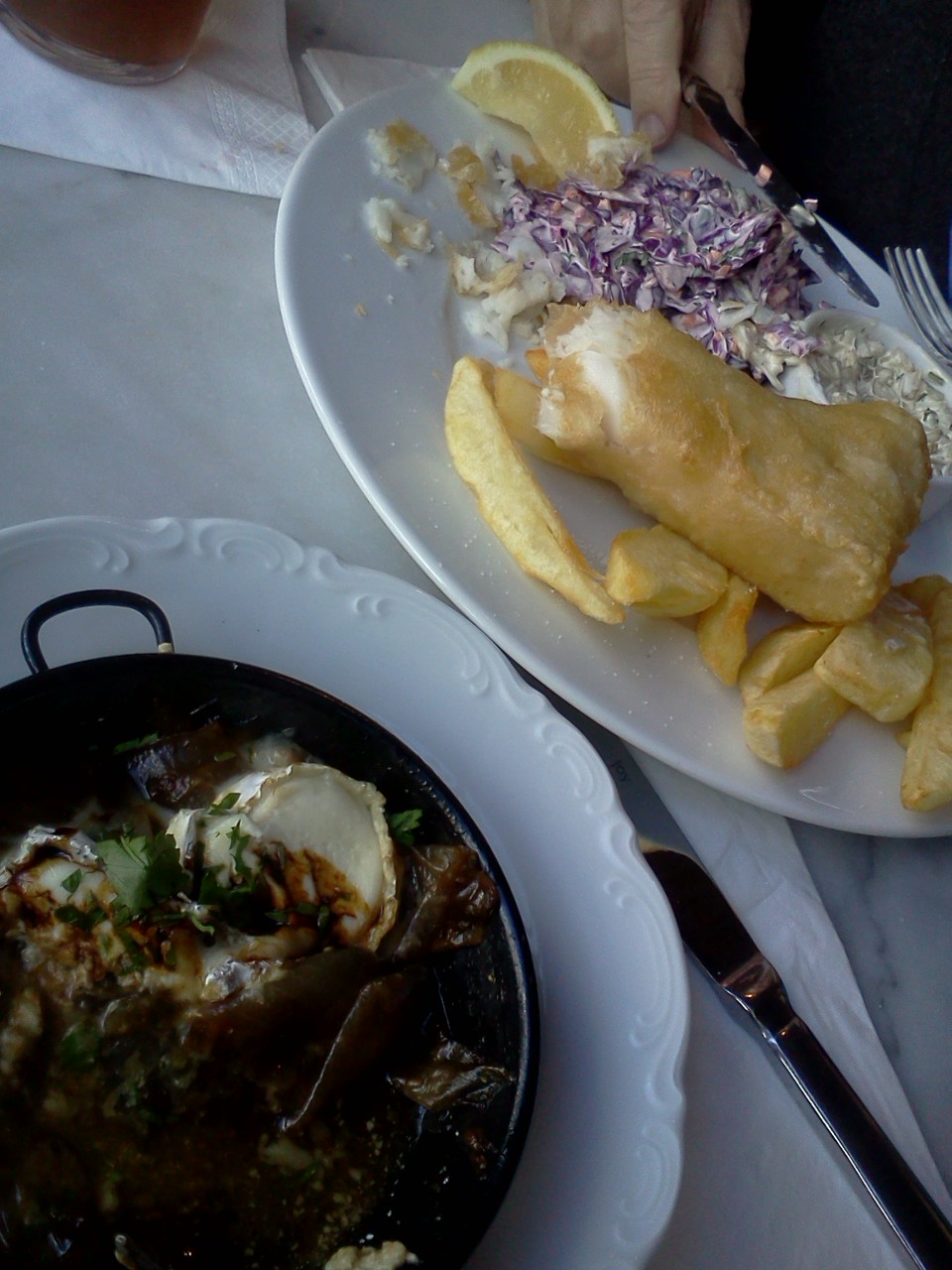 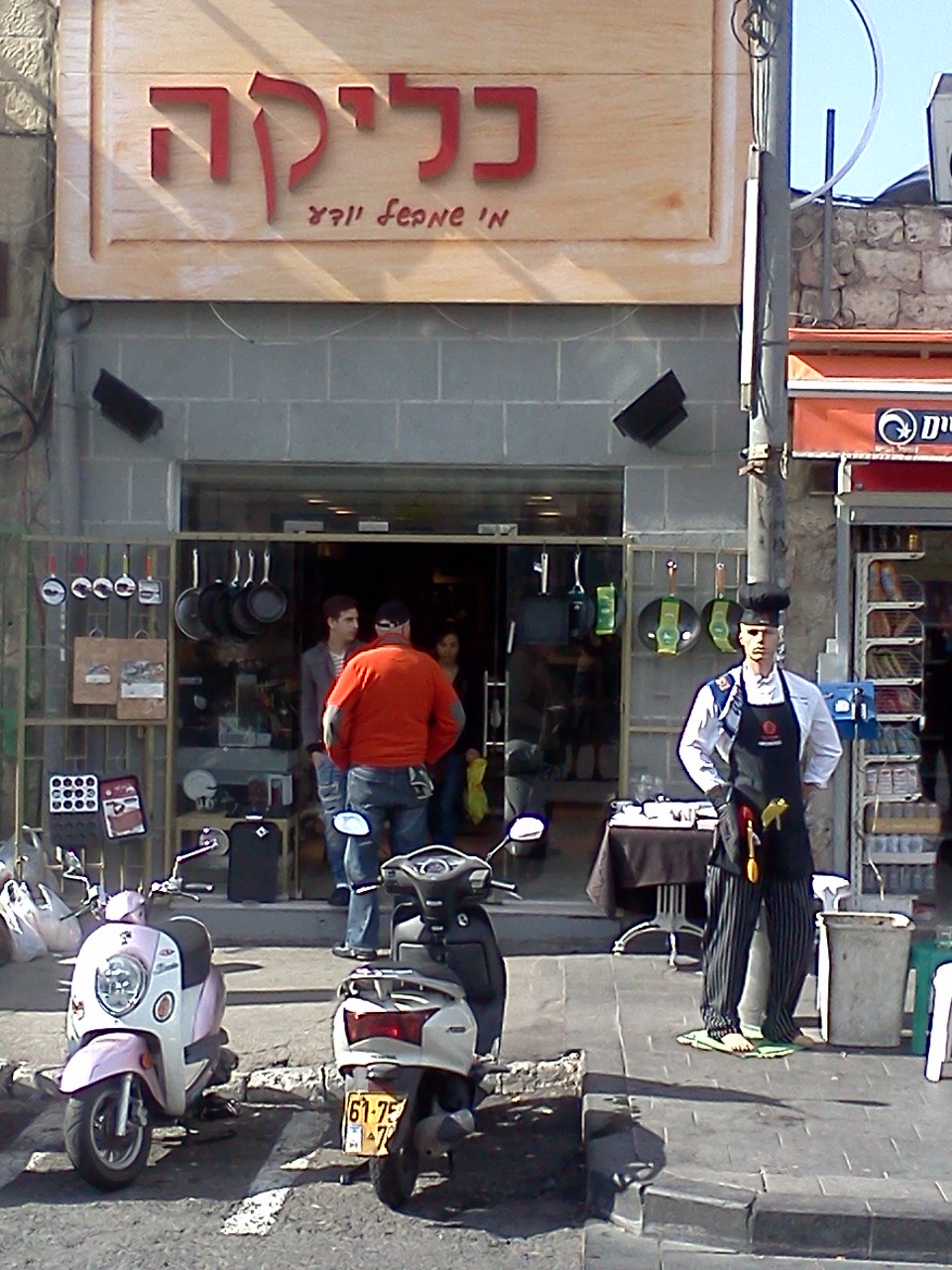 Another bright new upscale store I noticed today is this housewares store which sells expensive pots and pans and other specialty item for cooking mavens. The man said he would give me a discount because they just opened. I really don't need anything right now and I also don't have anyplace to keep more stuff in my kitchen, but it's good to know where to go just in case.
Posted by Risa Tzohar at 1/23/2014 03:43:00 PM

Risa, thanks, we'll make a date when we come back. David looks great. Why didn't he take a picture of you?