Our Table has Left Us

When I found out that a neighbor's table collapsed on the first day of Passover, I offered our old one, actually my parents' old dinette table. It has been living in our "machsan," storeroom under the house. It was bought by my parents when I was a baby to use in their first "real apartment," the small first apartment in Bell Park Gardens, not far from the flag pole.

It had blonde wood, but my parents had it coated with Formica when they realized that three kids would age the table too quickly.

That was our table for a good part of my childhood, actually most of it. It followed us from apartment to apartment in BPG. It became the kitchen table in the house in Great Neck. That was until they "did" the kitchen with a built in table.

Then the table was sent to us in Israel. It became our dining-room table in Jerusalem and in Shiloh, until I bought a nice round teak one in the Danish Interiors "seconds" store.  Yes, the new table still rocks a bit, but the table is nice. OK, nobody sees the wood under two tablecloths.  Hmmm I guess it wasn't necessary to get such a nice table.

Today my neighbors and I pulled it out from under other "stored away" stuff.

I'm sure the table wants to be used. No doubt it will enjoy its new home. 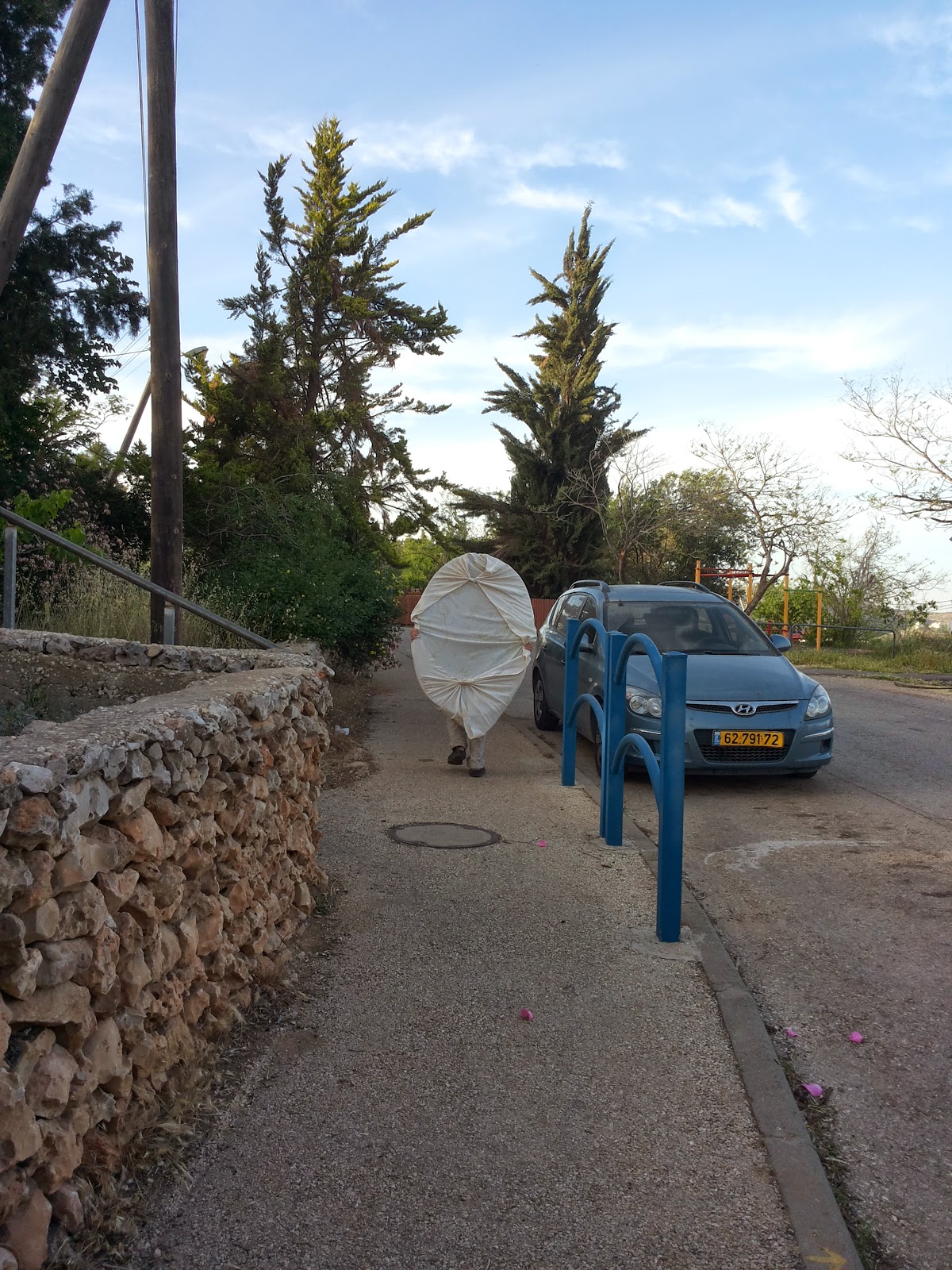