See The Old Movie Instead

Last night my husband and I went to the Jerusalem Theater to see a play. 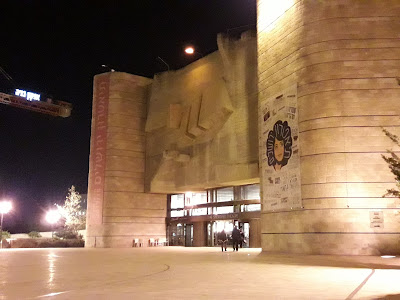 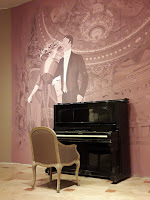 It really is a lovely building. We were in the small theater, where we've been before. The play was an Israeli original, Samson, based on the biblical/historical novel by Ze'ev Jabotinsky. Besides having just recently studied the Biblical story/text with my Al Haperek group, decades ago I read the Jabotinsky book and saw the movie. I had good memories of both. 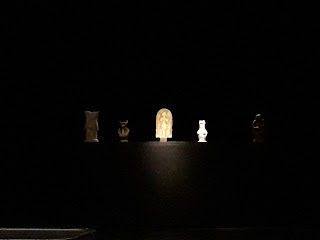 But I just didn't enjoy the play. It was much too much stylized Greek Theatre. The lighting, bright on black, made it hard to watch, and the booming faux "biblical" voices turned me off. I had trouble following the dialog, too.

We were sitting in the second row of the tiny theater, which was awfully overheated. One of the chief stage props was dust, and a couple of people in the audience had constant coughing fits. I was relieved that I hadn't joined them, but my throat hurt terribly throughout the play.

So, if you're curious about Jabotinsky's Samson and Delilah, I suggest googling for the movie on youtube.

The best thing about the evening was that we had gone out to dinner at Gingi Steakhouse in the Hadar Mall.

What a shame. Good Theatre is such a pleasure. At least you enjoyed your dinner! Hubbie bought me one of those swishy electric coffee machines yesterday. The ones with the little pods! Just had the most amazing espresso, hot and strong and very tasty! I will be buzzing all day on that caffeine! Lol

Sandra, Thanks, I just keep forgetting how much I don't enjoy Israeli theater.

I know that the pods make great coffee, but the quantity I drink in the morning would cost me a fortune.

I too like a much longer coffee, but I’m trying, late in life, to cultivate an italaian habit! This morning a very small but double espresso with a glass of water. Trying to pretend I’m in an Italian cafe on the Med on the summer! Too bad it’s a grey and cold London day! Shabbat Shalom!

Sandra, I don't quite know how my coffee quantity increased like this.