Yesterday I ended up having to go to Jerusalem for an "emergency" dental appointment. And since I travel mostly by bus, I ended up with time to spare/waste, which was actually perfect. Our bus service isn't all that frequent, nor is it on a systematic, every --minutes a bus. We can have two buses in one hour and then two hours without any public transportation.

I had two errands to do in Jerusalem, and lucky for me, they could be done on the same street.


1-My French Press coffee stock is getting low, and I'm not expecting any gifts from the states. That meant that I had to go to one of the coffee places that grinds the beans on the spot for outrageous prices. It was that or to buy some American coffee in one of the few stores that sells it at inflated prices.
2-On Sunday, one of my shoelaces ripped. The shoes, Rockports, are probably a decade or more old. I bought them on sale in Malcha Mall, and they still look pretty new.

Both the tasks could accomplished on Agrippas Street in Machane Yehuda. First I searched for shoelaces. I asked in a few stores, but they didn't have, so I continued in the direction of King George Street, since there are a few shoemakers, repair places there. I finally found one open, and he ahd a slew of laces hanging by the door. 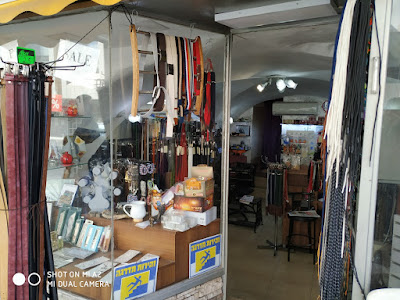 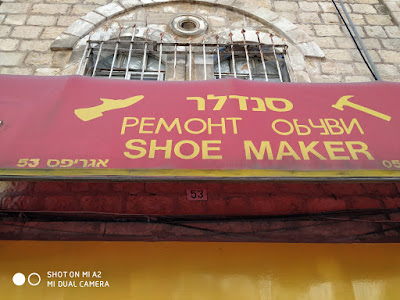 Luckily, I had pulled out the "good" lace from my shoe and had it with me. This way I bought the right length. NS5 per shoelace, a bit expensive, but I wasn't going to walk around with mismatched laces in quality Rockports.

After getting the laces, I walked in the other direction along Agripas Street to the big white building on the corner of Shiloh Street. That's where I bought my coffee, at Power Coffee Works. I got their dark roast, which is a blend. 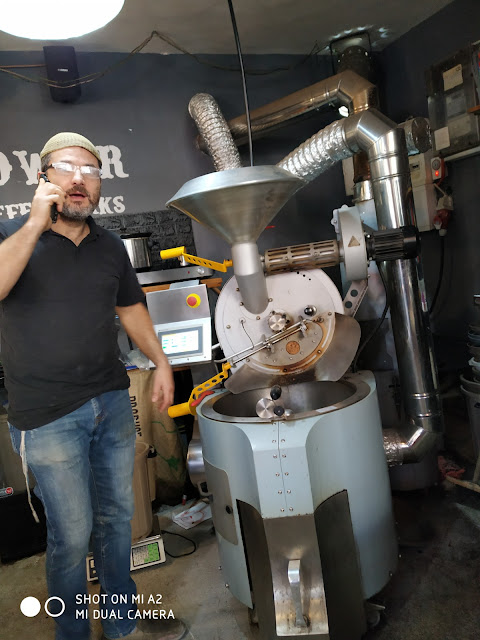 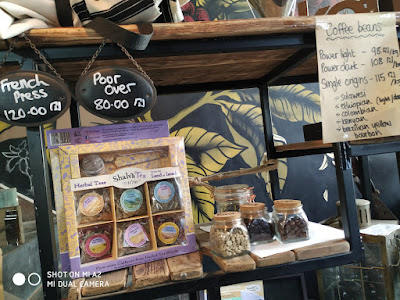 I spent NS54 for half a kilo, not cheap, but they roast their coffee in the store, which makes me feel that I'm buying quality. It smells great.

And then I went to the dentist. Got there a half hour early, and B"H, the repair wasn't as complicated as I had feared.