I did not plan this past week's hiatus from blogging, not at all. And I'm very proud that I didn't have a "breakdown" over it, since I've been so OCD about daily blogging on both blogs, here and Shiloh Musings.

There's a very mundane reason for it. About a week ago when I turned on my computer there was no internet. On that fully little tower with the flashing light, with G-d's help green not red, the INT was dark, yes, just dark, neither green nor red. So when I checked the wall and plugs, I found that there was a broken box with tiny wires sticking out. And there were books on the floor, meaning that some of my husband's books had taken a nosedive and crashed into the box. There was no way for us to fix it. We called Bezeq, and the service guy said that all we had to do was to buy a new microfilter. My husband got one, but we couldn't plug it in.

Again we called Bezeq, especially when I checked the phone in the den, which was dead. It was during Passover, so the local Bezeq repair guy was on vacation. And even though I do know him and his wife, I wouldn't dare call and disturb them. This wasn't a health issue. It was only internet. We still had our phones, and my husband works part-time in an office with internet.

For me this was a "test," obviously. I was curious to see if anyone would miss me. Obviously the answer is in the negative.

Today, finally, the repairman came and replaced the plug and explained a few things about it to me. He also commented that this computer is very ancient, implying that it needs to be replaced, but I told him that as long as it works it stays.

Yes, the lights are all on, and I'm back in business, blogging business as you can see, B"H. 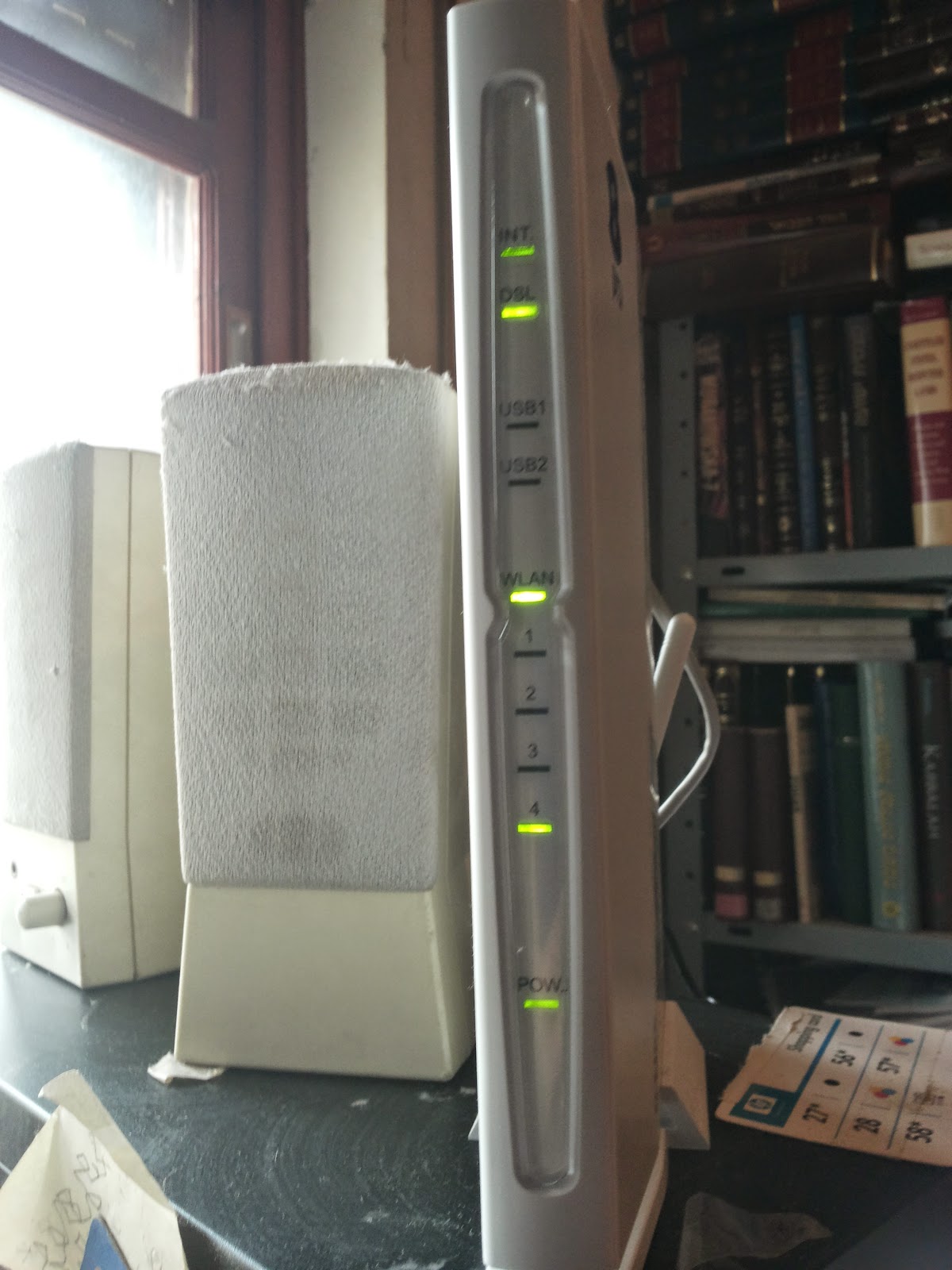 Au contraire, I missed your daily blogging, as I'm sure many readers did. It was obvious that you had a computer/internet glitch. Keep going!

Yes, of course I missed you.