Am I Becoming My Grandmother?

When I was a little girl and actually until I was already married and a mother, I always saw my grandmother as a quiet woman who just observed us from the sidelines. As you must know, I'm not the "sidelines" kind of person. My grandmother, the only grandparent I had from the age of three and a half, wasn't the type to take us places and bring us treats. She lived with my aunt and family and was a more hands-on caregiver for my cousins, but I only saw her sitting quietly and watching.

Just once, when I was old enough to drive on my own and not yet married, did I visit her when no one else was around. Then we had a very surprisingly interesting talk about politics. Apparently she was extremely knowledgeable with strong opinions. That was the only real conversation I ever had according to my, generally good about my childhood, memory. My grandmother was a daily reader of the "Forward" when it was a daily Yiddish paper, and when it stopped being published, she watched the news on television. That's what she was doing that afternoon when I visited her.


My parents, in-laws, aunts and uncles on her side were very active and involved as they could be with my kids until they passed away or were incapable. When we'd be together, I was shunted aside to give them opportunities, especially since we've always lived in Israel, and they lived in New York. Fair, right? I figured that I'd do the same when my turn came.

But the truth is that I find myself sitting and watching, probably with a similar expression as the one my grandmother wore. 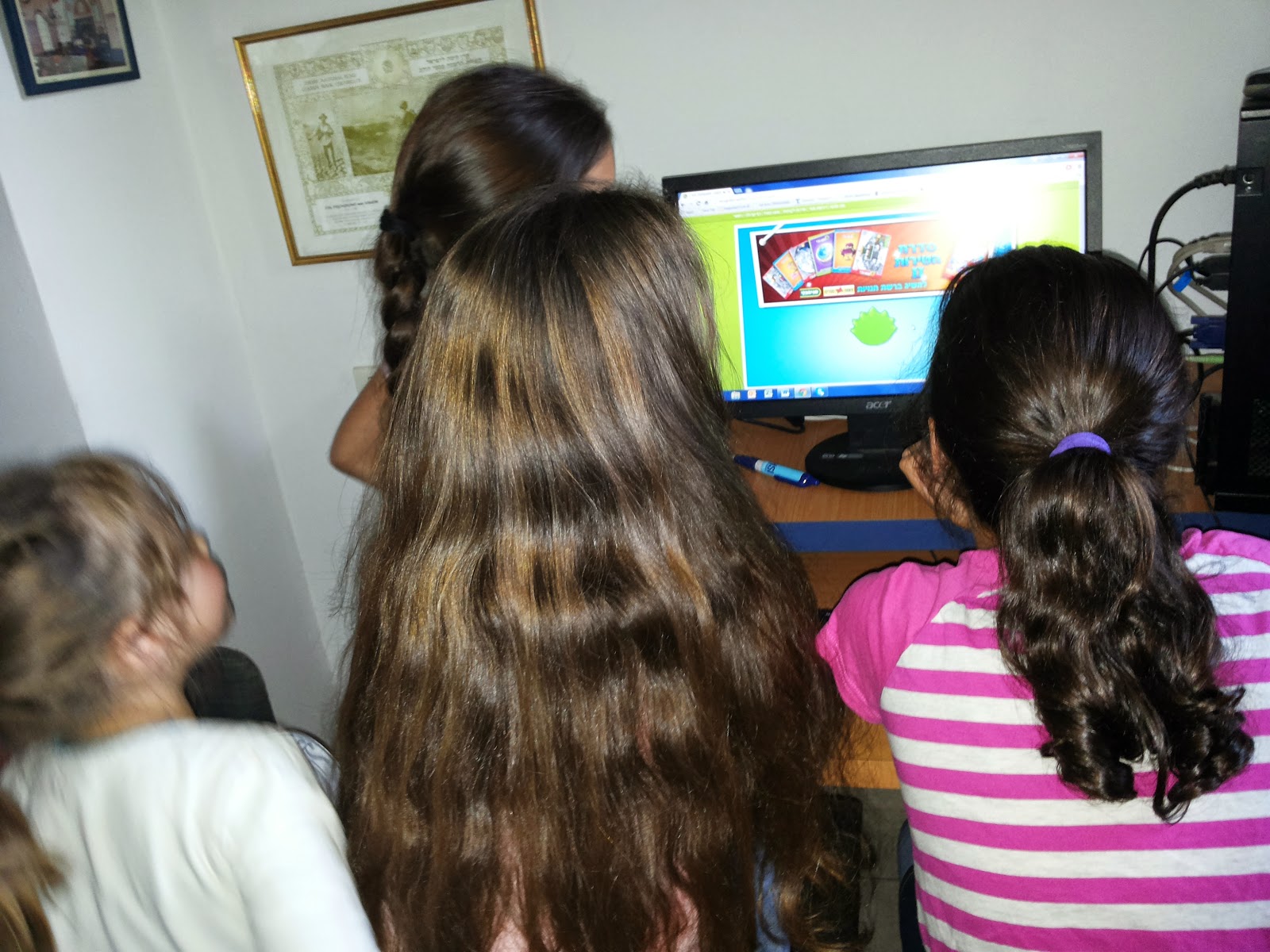 On Yom Ha'atzma'ut, Israeli Independence Day, I was sitting next to my cousin who also lives in Israel. While we were watching our children, children-in-law and grandchildren busily interacting, I whispered to her:


"Are we getting like Grandma, sitting on the sidelines watching?"

I get so much pleasure seeing the younger generations being friends, not just cousins. I really feel blessed and totally contrary to what I had expected of myself, this means more to me than my being very involved with the kids of both generations. Not only do I feel blessed that the branches of the family enjoy each other's company, but it's a tribute to my Grandmother and Grandfather who didn't live long enough to know us at all. May this continue for generations to come, G-d willing.
Posted by Batya at 4/26/2015 07:56:00 AM