Left in the Lurch!

or... The Public Be Damned! 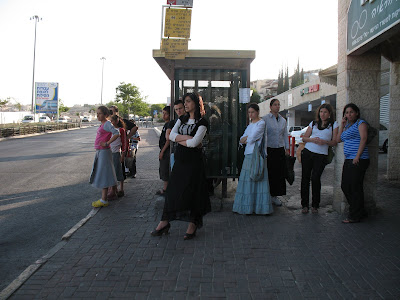 I waited a very long time for a bus out of Pisgat Zeev yesterday. I was on my way to the Old City to get to Ir David for the Moskowitz Zionism Prize Ceremony.

It was Jerusalem Day and thousands and thousands of Jews of all ages and all parts of the country wanted to be in Jerusalem for the grand flag "happening," or other things. Not everyone has a car, and not everyone is willing to spring for a cab, especially from as far as Pisgat Zeev. And there were no notices of bus cancellations or route changes. So we were just waiting and waiting and waiting. Egged should have set up shuttle buses, instead of the regular ones, which didn't come and didn't go their usual routes.

After waiting at least 40 minutes, I got the bus I wanted, but of course it didn't go on its usual route. I got off a good 6 or more minute walk to the Jerusalem Municipality to use the WC, but I, and others trying to get the elevator, were disappointed to discover that it had closed at its usual 5pm, even though the area was full of people with potentially full bladders etc. 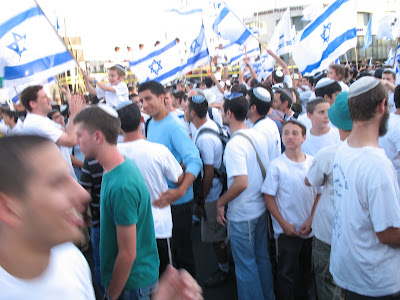 After walking through the glorious flag-waving crowds, I got to the Old City. 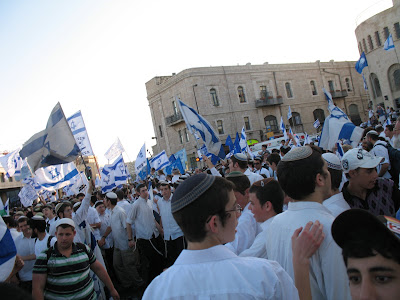 Then I walked all the way to Ir David. I hope I burned enough calories to cover the "ice coffee" I had for supper.

Glad to hear you made it, despite the transportation issues. Your post had a bit of suspense to it...will she make it? And how? Good writing.

Thanks
Today's wait at Beit El in the scorching sun for almot an hour was much worse.