Are There Really 613 Seeds in A Pomegranate?

The basis of Jewish Life is "Taryag Mitzvot," the six hundred and thirteen 613 Mitzvot, G-d given commandments.  There's a tradition that each pomegranate fruit contains six hundred and thirteen 613 seeds.  No, I've never bothered counting them, though others claim that fame.  But one thing I did notice.  Humongously large pomegranates, like those sold at the very end of the season, have a large proportion of inedible white.  Take a look at the fruit I photographed just below. 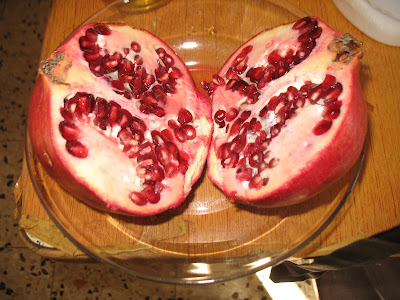 Now, look at this fruit, photographed in the same size bowl.  It's a smaller fruit, but it has a larger proportion of seeds, and the seeds are what we eat and get juice from. 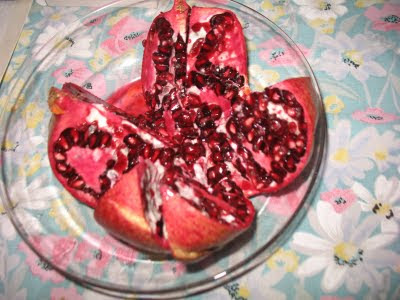 There was an article in Jewish Action Magazine (from the OU) within the past few years with an article in its "What's the Truth About..." series discussing the symbolic, but not factual, number of seeds in a pomegranate - apparently 613 is more of an average number.

That makes sense, but I really was amazed at how the oversized ones seemed to have a smaller percentage of edible fruit.

thanks Pinchos for the info