Saved by The First Station

Pishers' Guide to Jerusalem #4A

A couple of years ago, I had one of those annoying experiences. I got to a public toilet during what should have been opening hours, and it was closed. That was the one at the Liberty Bell Park in Jerusalem. The sign said very clearly that it should be open at 7am, but it wasn't. So I complained to the phone number on the sign.

Those public toilets have proven very convenient for me on Wednesdays when I'm on my way to Matan. I carefully time and plan my "pit stop" on the way taking that into account, but it will now be history. 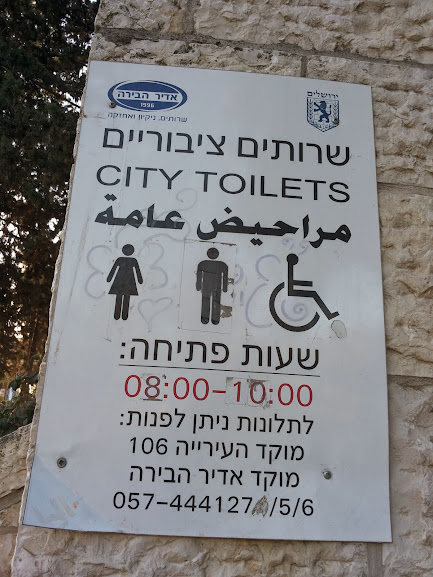 Yes, the hours there have changed. I showed up just before 7:30am to discover that the opening hour has changed to 8:am instead of 7:00. There was no way I could walk the mile, over a kilometer, to Matan without sherutim, "services," as their called in Hebrew. I could have tried the nearby gas station, or the Begin Center a bit further away, but I decided to cross the street and go to the First Station. I had been there before early in the morning, see Pishers' Guide to Jerusalem #4. That time, about an hour later in the morning, they were ouit of toilet paper, but I did have tissues so I went. This time, it was clean and well stocked. Maybe someone read my blog.... 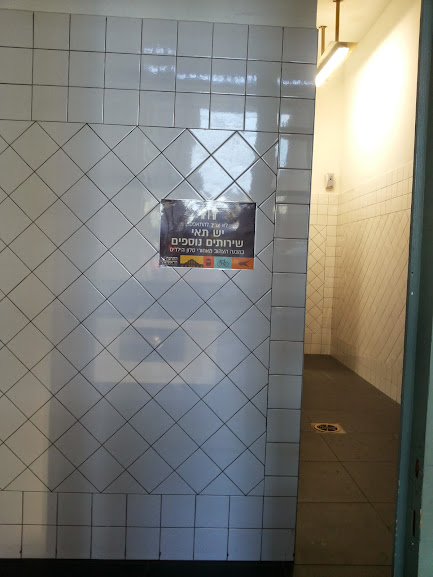 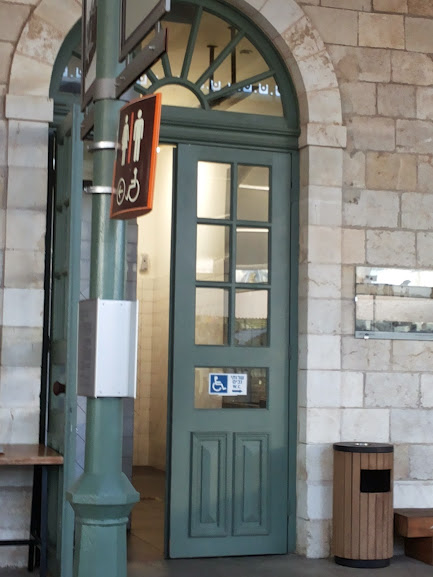 There also was music and a few people exercising. And it is beautiful. 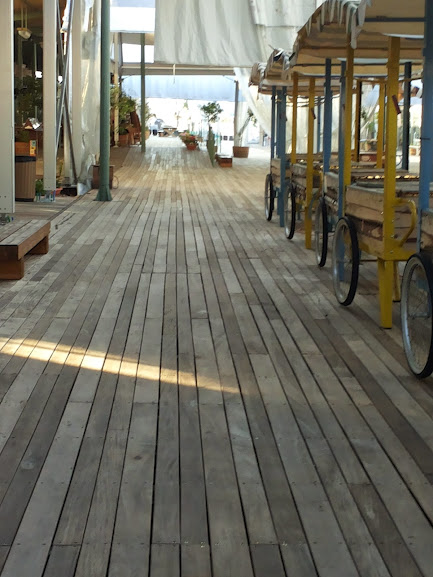 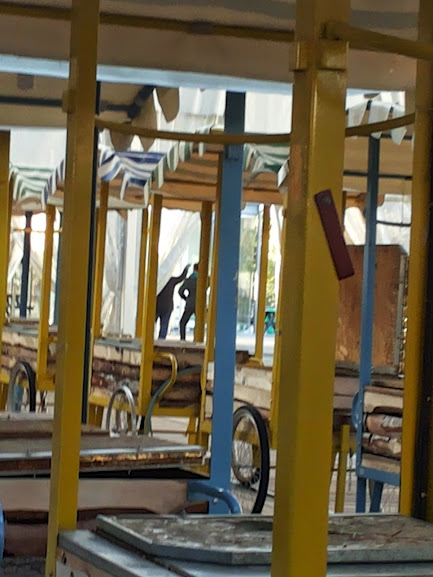 Thanks for the heads-up, Batya. (pun intended)

The mixed meaning for all has very long hours and is fine.