You Never Know What You'll Find on Jerusalem Streets

The other night when my daughter and I were making our way from Piccolino, about which I'll again write later bli neder, to the bus, we heard music and spied this scene, almost a Broadway musical... 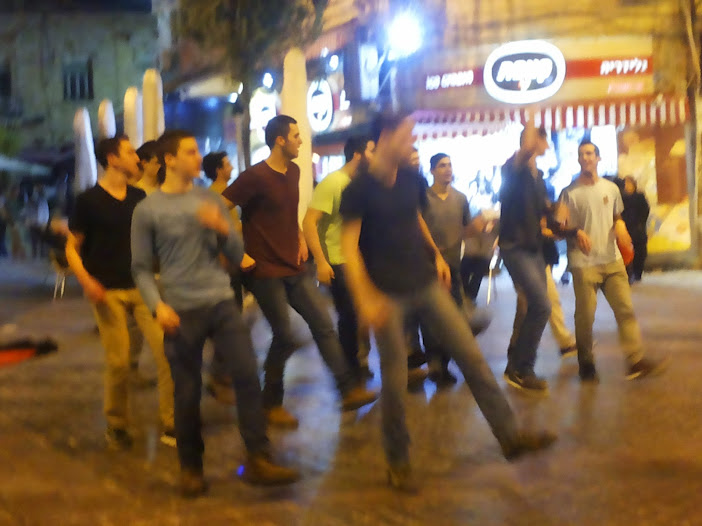 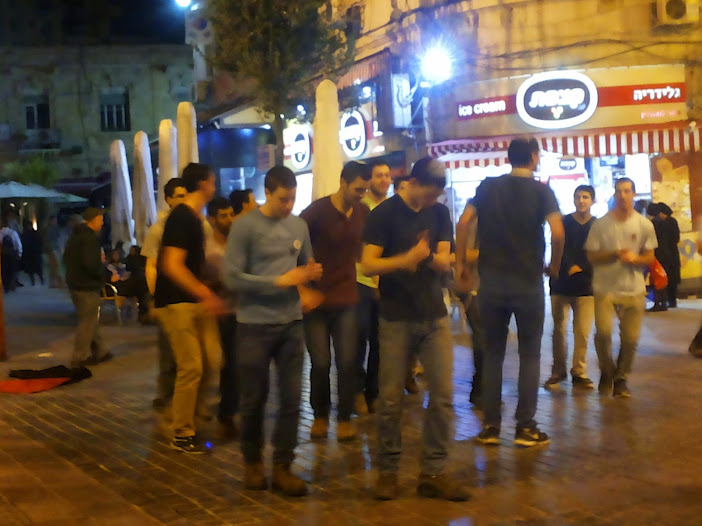 In real life you would't expect to spy such spirited dancing in the street*. Would you?

*Ben-Yehuda Street, downtown Jerusalem was once a very busy street with cars, buses, traffic lights and a taxi stand. For decades it has been closed to vehicles, but it's still a street.
Posted by Batya at 1/29/2015 07:25:00 AM

Shalom!
What night was it? Search the day and "Ben Yehuda Street dancing" and you'll probably find a mention of it, perhaps on a blog.