Living in Israel, I don't have to start shopping for Passover all that early. I remember when I was in Atlanta two years ago, and I was amazed that there already were Passover sections in the big supermarket that catered to the Jewish community there. It seemed so unnecessary to start stocking up even before TU B'Shvat. But the other day I bought some stuff for Passover. 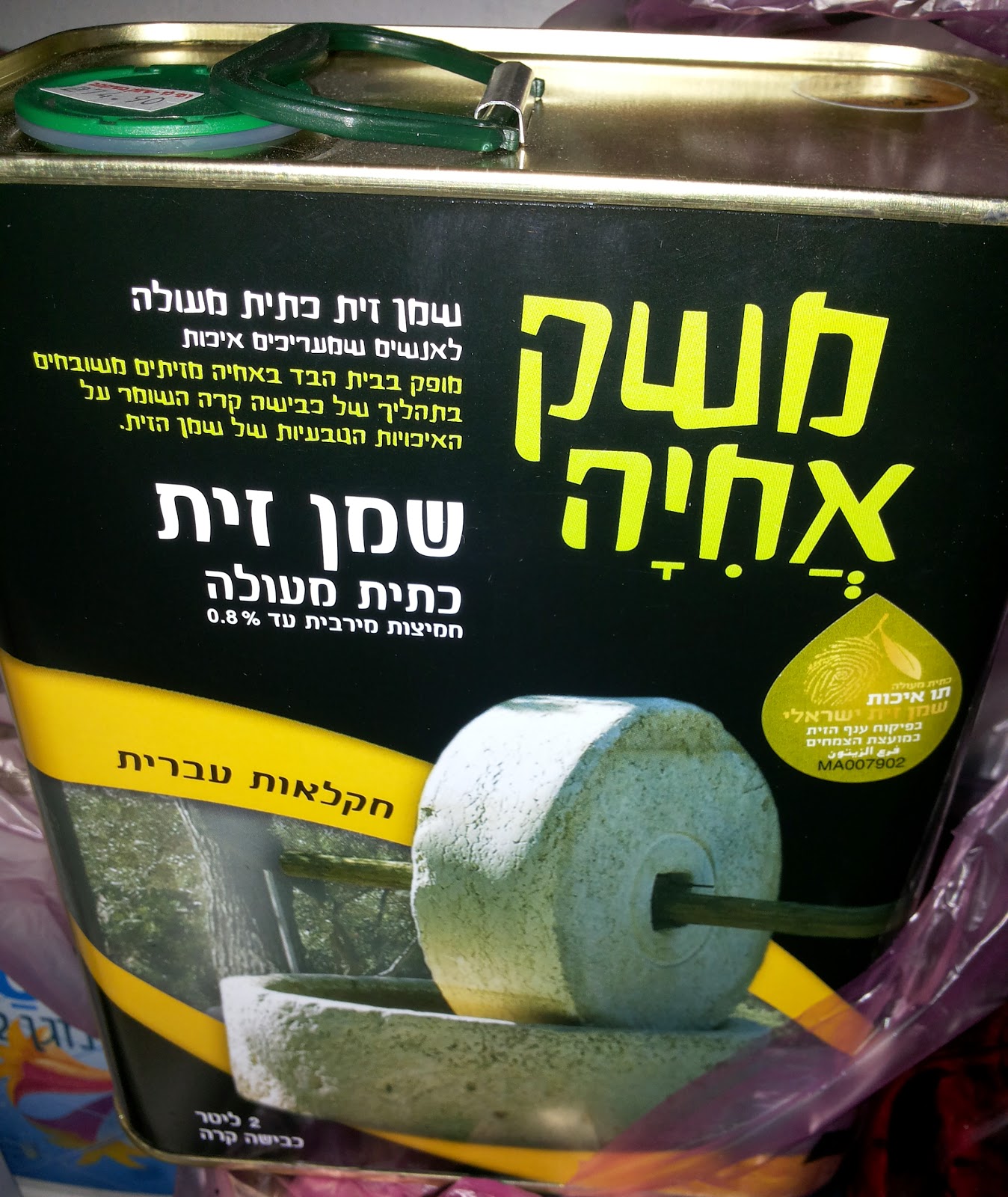 Yes, I bought two two-liter cans of Meshek Achiya Olive Oil in Rami Levy. They had a special. The price was fantastic, and we will need more olive oil than usual for Passover cooking. I only use olive oil on Passover, not my usual soy, never canola, and I don't like using all the strange non-kitniyot oils people only buy on Passover.

During the year I cook and bake with soy oil and use olive oil in my salads.I certainly have enough olive oil for the next few months.

PS Meshek Achiya makes one of the best olive oils in the world. It has even won prizes. For those who understand olive oil, there are ways to judge it like one would judge wine, or beer...