I've had my digital camera, the old and trusty Canon PowerShot A620 for years and years.  It's the only digital camera I've owned.  When I bought it, it was still pretty easy to get film developed and then, if you wanted you could get the film converted to a CD for your computer along with the negatives.  I did that quite a few times.

Half a year after I bought my camera, it was rated as the best digital camera on the market by Yahoo and some other sites. I felt pretty lucky that my sons steered me to buy it when their friend had gotten one. One of the things I really liked was that it looked and felt like an old-fashioned film camera with a viewfinder and all.  It took me a long time to even glance at the screen.  Actually, I had it flipped shut for ages.

A few months ago the shutter began giving a lot of problems, refusing to open fully, and I brought it back to the store.  One of the workers spent a long time on it, and now it opens on command.  I asked him if I should replace the camera already, and he said "no."  He told me that the camera may probably continue working, shooting great photos for a long time. 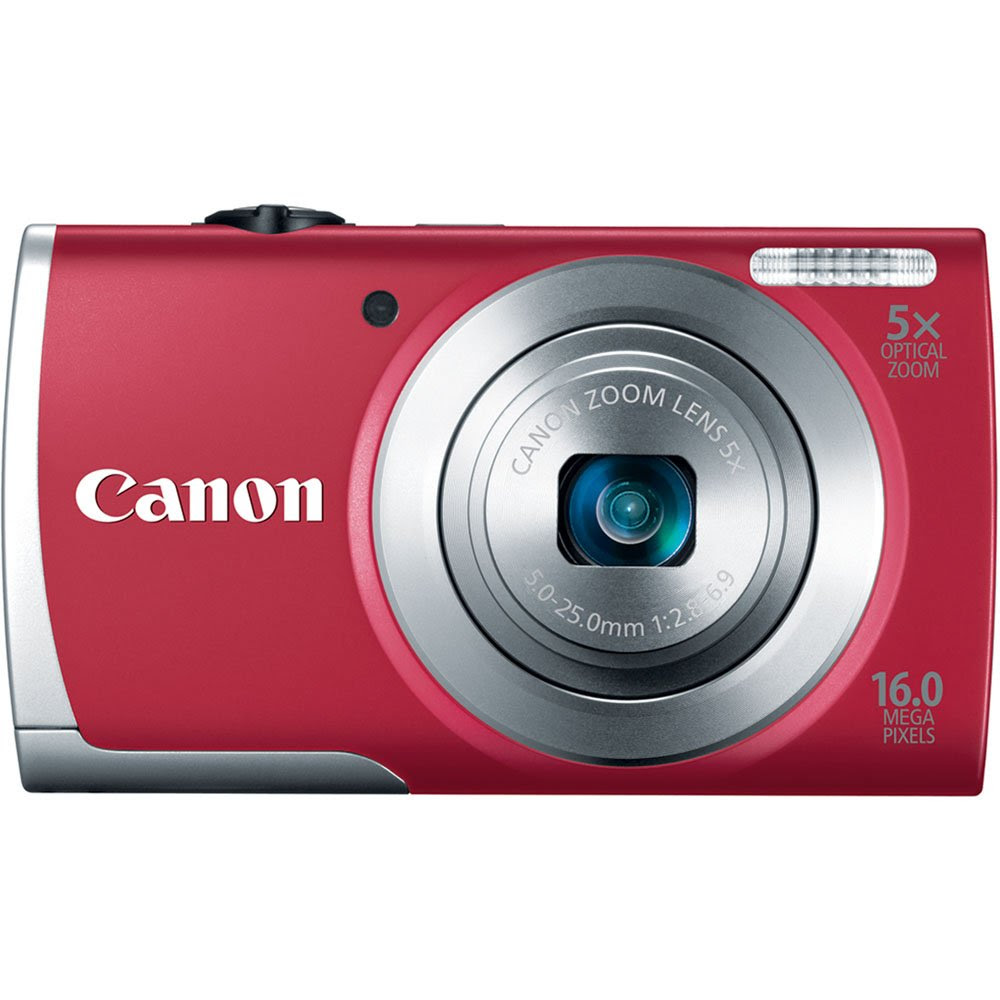 I'm starting to get tired of schlepping it around.  It's heavy, but it has been loyal and still takes better photos in many ways/settings than my Samsung GalaxyII smartphone.

I've already chosen a replacement, but I can't afford to just buy it when the 620 still functions.

I'd love one of those bright red Canon PowerShot A2500 .  It's more than double the megapixels and a fraction of the weight. The price is also great; Amazon has it with case and memory card for less than the official price.  And for some strange reason the red is less than the black one.

Things have changed in the digital camera market since I bought my 620.  I wonder when I'll really need a new camera. It doesn't pay to buy one when my old one still works, but like I did a number of years with my refrigerator, I'll keep tabs on the market so when the time comes, I'll be ready.  But who knows... the A2500 may be an antique by the time my 620 dies.  Then I'll have to choose a newer model!
Posted by Batya at 3/07/2014 08:07:00 AM

Email ThisBlogThis!Share to TwitterShare to FacebookShare to Pinterest
Labels: camera, Canon A620, Canon PowerShot A2500, digital camera, Galaxy II Plus

I have a Canon 540 which I bought in 2007. Sometimes dirt gets into the lens cover mechanism and it does not open fully. The best thing is to give it a small push with your finger, but without touching the lens. Otherwise it is a good camera for day-time shots and mediocre for night-time shots. My next camera will have a bigger lens for better night shots.
Happy month of Adar!

Yonathan, I wonder if the new ones will last as long... And I should have mentioned that the guy never even charged me.

I love my Canon A620. you can set it for "auto" or set everything the way you want. and it has a real viewfinder. it is hard for me to take pictures with an LCD screen because when you hold the camera at arm's length it is hard to hold it steady.

Leah, so true. My 620 is generally set for Automatic, which does all the work for me.