The  Jerusalem Central Bus Station is relatively new, at least by my standards. It's barely fifteen years old. The basic design was good, with lots of shopping, a food court etc. After a few years, it was discovered that the airflow system was poorly designed, and too much dangerous bus fumes, carbon monoxide etc were getting in. So they had to make some changes for the health of the workers and customers. You'll see here that there are special "airconditioner-filters" over the doors to the buses.

Our Shiloh buses used to have it as its first/last stop there, so we commuters would greatly enjoy its facilities. But a few years ago, Egged bus company sold it and moved many of the bus lines out, including ours. Now when I go in, it's usually for a store or just to get indoors or because of curiosity or to go to the "RavKav" bus/train ticket office. I was there the other day to check out some of the stores. Of course I just had to see what had changed. The lower shopping floors and food court seemed to be nice and busy. But the big shock was that escalators going up to the third floor, where the buses leave from, was dead. People still walked it. I took the regular steps, more comfortable for the knees, and there's also an elevator.

Here are some of the pictures I took. The lighting is awfully dreary. Many eating places are closed and boarded up. The entire top floor is also out of use, as is the public toilet near the synagogue. At least I saw women praying or saying Psalms when I peeked in.  There are also fewer open ticket counters. 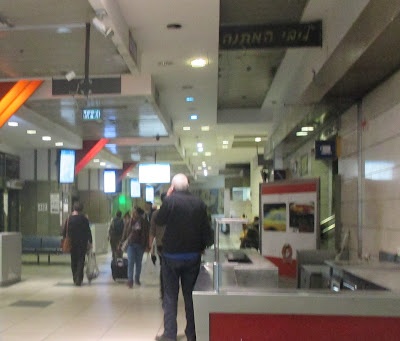 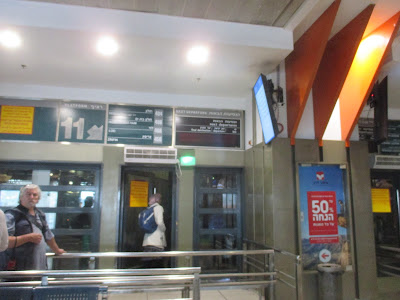 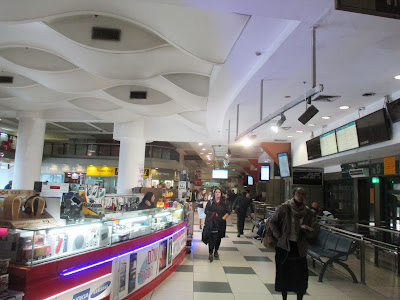 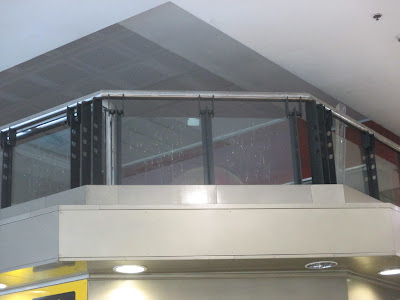 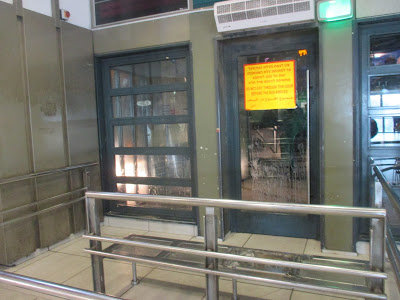 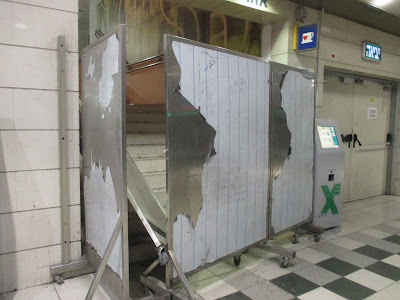 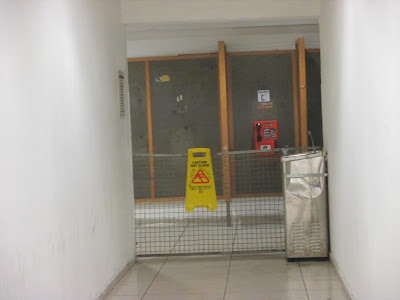 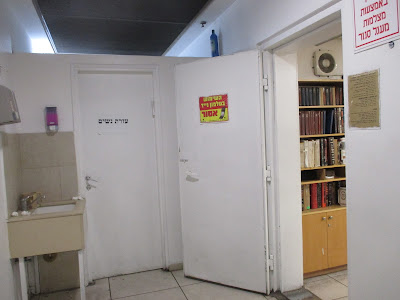 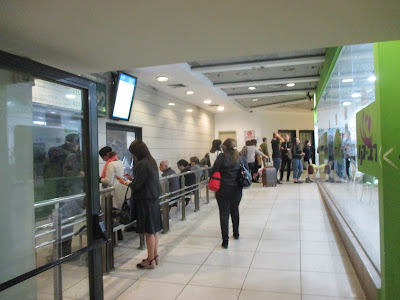 As soon as the Yehuda and Shomron bus lines were moved out of the Central Bus Station the place seemed to deteriorate. I don't know if that greatly changed the customer base, or if it just started aging, but it certainly is not the clean and inviting shopping, eating, and/or waiting location it was previously, saddly.

Egged isn't the owner. The entrance is awful, too, as are the second two floors, but even though upkeep and repairs weren't being done, the two shopping floors seemed busy.
Yes, since our buses are no longer there, the food shops have closed. I think there used to be a lot of soldiers who ate, and before everyone had smartphones the internet cafe did a booming business. Now it's all shuttered.

That's very disappointing. I used to love coming off a long ride when starving, straight into a food place! It was a big thing to enjoy, the shops, etc!

I think that they still have active food places, but it's the upstairs where the buses leave from and the floor above which really looks awful. The entrance isn't inviting either. It's disgusting.