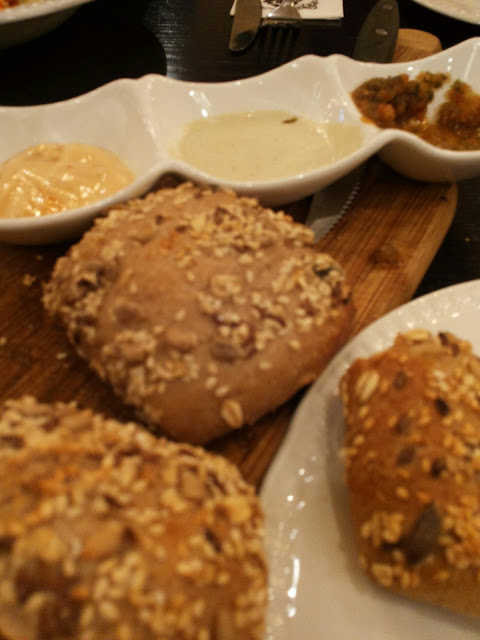 Yesterday I met old friends at a reunion. Our college class (SCW 1971) has been getting together in Jerusalem every few months the past couple of years. We plan the lunch meetings around visits of classmates who still haven't made aliyah. And "dropouts" like myself are full members of the club. There are a few members of the class I've been in touch with and see periodically, but some I only get together with when we have these reunions.

Just before we met yesterday, somebody sent this out which was perfect for the date on the Jewish Calendar:


Well, today is Shushan Purim Katan.
Here 5 Halachot for today – question of whether you are supposed to eat more in walled cities like Jerusalem is debated. As I quote below, Ha’Rav Aryeh Shtern told me nowadays the minhag isn’t to eat extra at meals on Purim Katan:

That's why I ordered the "bread" as my "Starter" at Tereza in Cinema City. According to Jewish Law, a festive meal must include bread. The night before, a friend and I had looked for a place to eat in Cinema City and didn't even bother checking it out, because the sign says "Pasta Bar" in very large English letters. We did not a meal based on noodles!  But menu is a lot more varied than the sign would make you think. There are lots of salads, and they are large and very good.

Lunch in Tereza includes a free soft drink and a "starter," a choice of "Mashed Potato Balls, Salad or Bread. Since I had decided to have the Tuna Salad, I really didn't need more salad. After eating my fill, all the tuna and most of the salad, I had it packed to take to work, where I just bought myself a bit of cheese to have for dinner.  We were all happy with the meals and the service, even considering that we were a large group. They didn't foul up, which has been an unpleasant experience in other venues. 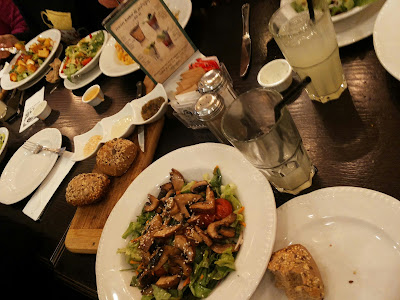 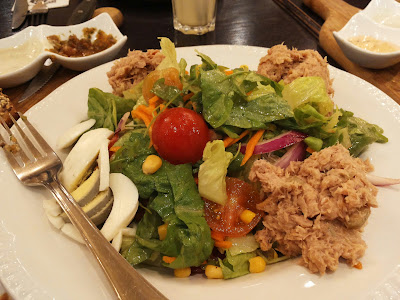 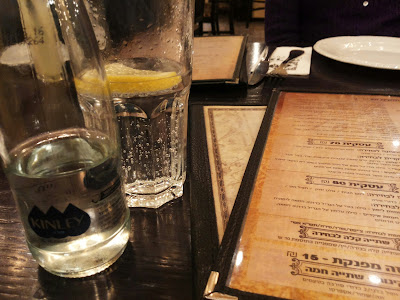 Next (or a future) time I'm in Cinema City, I will return, since the meal and service were good.