Early on in this series, #3 to be precise, I reviewed the public toilet in the new section of Center 1, and at that time I could easily recommend it. Now I can't. The small one on the Yirmiyahu end is too small and almost always crowded. Last week a couple of friends tried going there. One just left, because she didn't want to wait on line, and the other went to the men's room. I had been counting on using the large one at the other end, near the Cafe Cafe. So, that's where we went, and if we hadn't been desperate, we would have tried some other one, not that I know where one can be found nearby.

And even worse, we were scheduled to be there a couple of hours for a party. 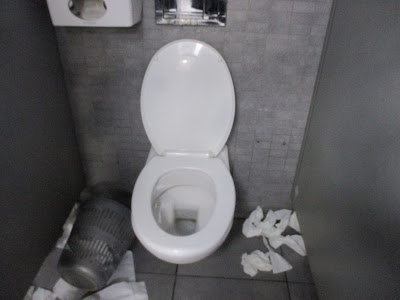 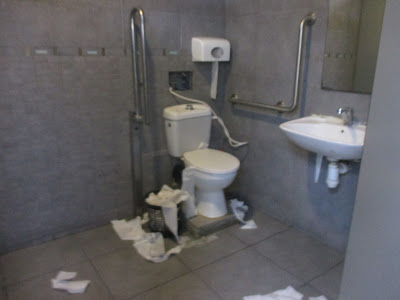 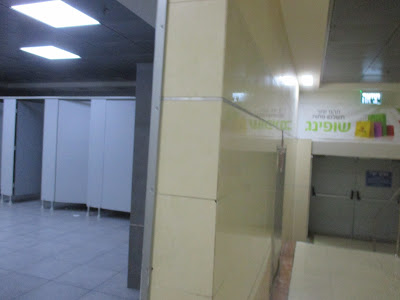 During the few hours we were there, the toilet wasn't cleaned even once. It just got dirtier and dirtier. It seems like the building's management is taking lessons from the people who decided to save money in the Jerusalem Municipality by cutting down on cleaning. It reminds me of the public toilets at Safra Square, except for the toilet paper, which the municipality rarely provides.

After years of struggling, Center 1 is finally full of customers and busy stores and restaurants. We customers deserve clean facilities. The present situation in the loo isn't healthy.
Posted by Batya at 5/16/2017 05:00:00 AM