More than a generation later, and a walk...

This afternoon I walked to Mount Herzl from the Central Bus Station. Thirty three years ago I also walked to Mount Herzl, though, then I walked from our apartment in Bayit V'Gan. I didn't go to see any impressive tourist attractions nor national monuments. I went to the Military Cemetery where the soldiers are buried.

The Yom Kippur War in 1973 turned our group of friends from innocent, naive idealists to "real Israelis." Our friends were killed by enemy fire; they were soldiers, proud Israeli soldiers. Chuck and Eli, Betarim from New York, are both buried in the same cemetery. They're not in the same section, and maybe it's just me, but the walk from Eli's grave to Chuck's somehow seems longer than it once was.

It's more than just the physical distance. At Eli's grave among his friends stand his widow, mother, daughters, sons-in-law and grandchildren. Around Chuck's grave, there are just friends. Eli's daughters are a decade other than we were when he was killed, and some of the grandchildren are older than his children were.

This annual get-together is something we "look forward to." Work schedules are changed when necessary; time is taken off. Thirty-three years! Afterwards most of us continue the meeting at a friend's Jerusalem apartment. We've all been through so much together, both joyous and sad, for a lot longer than the thirty-three years.

Yes, I walked today. It's nice to walk, and I'm thankful to G-d that I can walk.
Walking is possession.

When I walk I see things that otherwise I wouldn't notice.

There is a lot of construction going on in Jerusalem.
It was the official "opening" of the "light rail system" which is already, OK, which for years has been inconveniencing Jerusalemites and visitors. It's not a "for use" opening. Just more ground is being opened up. 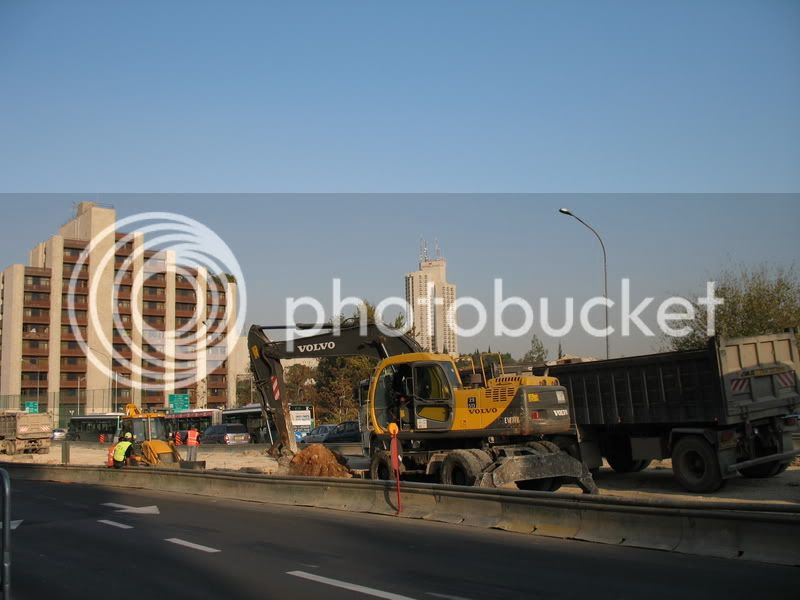 Some friends were afraid that the roads would be blocked, but they weren't. Some sidewalks have been destroyed.
One of the best things about my walk was discovering ... 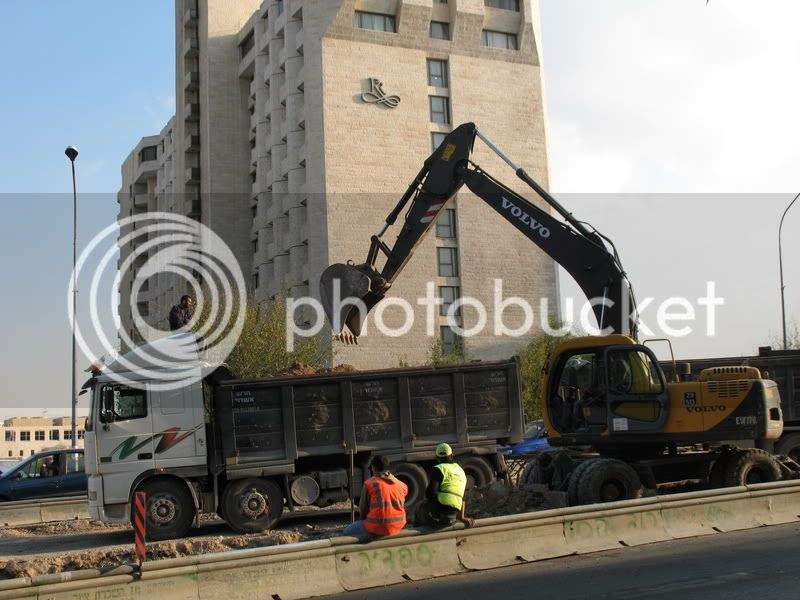 this! Yes, isn't it something unreal?!
I highly recommend walking! 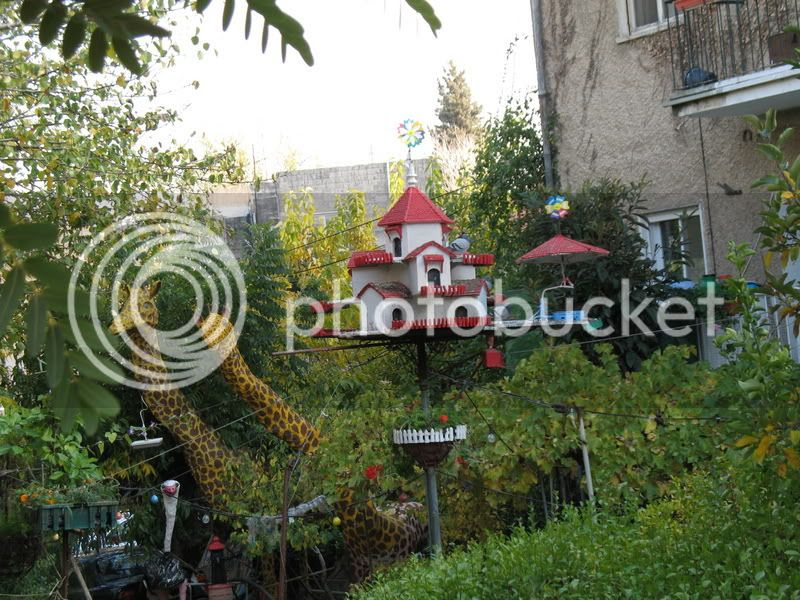 These giraffes are interesting, are they in a park?

This particular walk, is it a yearly one?

I couldn't believe it. Between two old apartment blocks in Beit HaKerem, Jerusalem. If I hadn't been walking I wouldn't have seen them, had to peek through the hedges.

We meet every year, but I don't always have the opportunity to walk.

i live in ramat sharett between the holyland monstrosity and har herzl...and i love walking too...but i never saw your giraffes!!! how marvellous...we too have friends that we lost in the yom kippur war...bless you all for remembering...stay safe...

Thanks, Mar, it's near the supermarket, between those old buildings. Afterwards I went through your neighborhood on the way to Har Chomah where the "gang" sat, ate, talked some more.
We actually met once!