To say that it caught me by surprise, is to put it mildly. I had Sunday night planned to a "t."

It did seem strange that some of the buses, like all of those going up Emek Refaim, hadn't passed/arrived. But Jerusalem's bus service isn't what it once was, so I was still pretty calm, trying to calculate how long I needed and hoping I'd recognize the stop in the dark. Then after waiting quite a while, a woman called out to us:

"It was announced on the radio."


In this day and age, I don't listen to the radio, and I don't live in Jerusalem and there weren't any signs, and I was steaming mad!

I quickly called my friend, thankful to be living in the era of cellphones. She said that she had just begun to walk there from her apartment, and we decided to meet. It hadn't yet dawned on me that this street-closure wasn't because of the lightrail construction which is bringing hell to the streets of Jerusalem.

Look what I found on Emek Refaim: 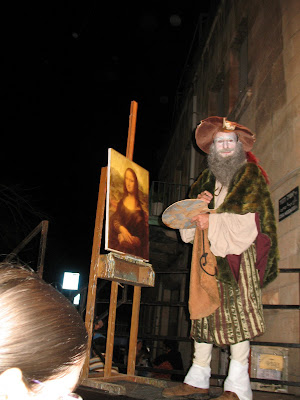 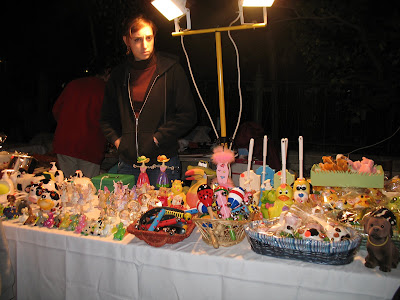 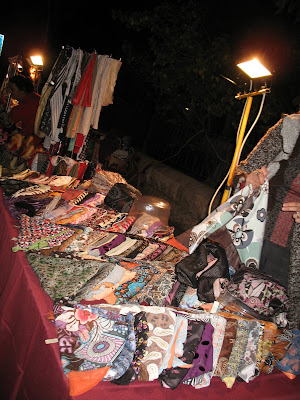 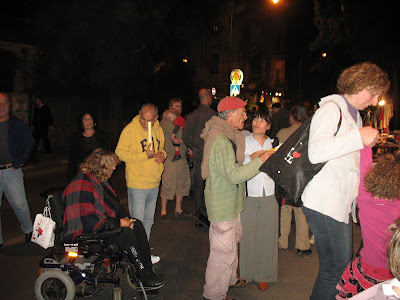 I'm thankful that I found my friend, considering the crowds. And yes, I discovered that it's quicker to walk to Matan than take the bus. We walked part of the way on the old railway tracks. Too bad I didn't photograph that!

The fair was amazing. Good thing I wasn't planning on going, or I would have wasted money on all sorts of goodies, but it was fun to walk through.