My waffle recipe is here. I didn't have instructions, so I had to just play along and guess what to do.

There's no on/off button either. When plugged in this Krup machine lights up with one of its two buttons. I spooned in batter.

Apparently, I made two mistakes. First the machine was too cold; there's a second light which indicates that it's hot enough. And second, I spooned in too much batter. The result was a disgusting mess, which I, rather wisely I admit, decided to throw in the garbage. 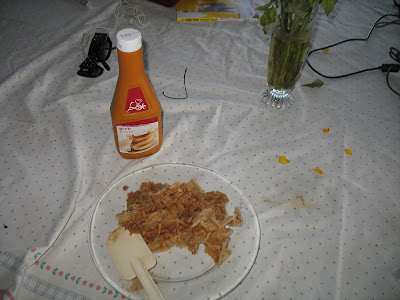 Eventually, I got it right, and the waffles weren't bad. 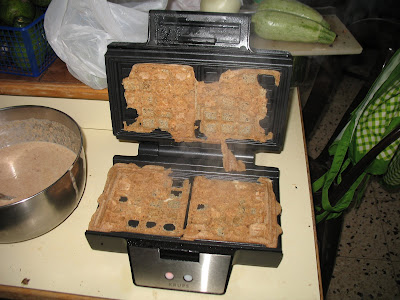 At least neither my husband, nor the "baby" complained all that much. At least the faux maple syrup was sweet enough to mask the healthy, whole wheat and brown sugar taste. 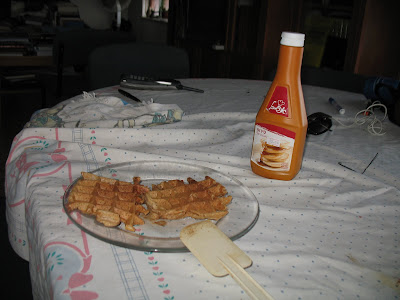 Hooray!
Glad to see you finally figured it out! Looks yummy.

Nu, so when are you guys coming over for waffle meal?

BTW, you can make them not sweet, and use as a base for something like chicken or tuna a la king or any leftovers in a creamy sauce.....

Interesting
But since my recipe is dairy, I can't use it for meat, but I guess fish and a pizza type would work.
Thanks!