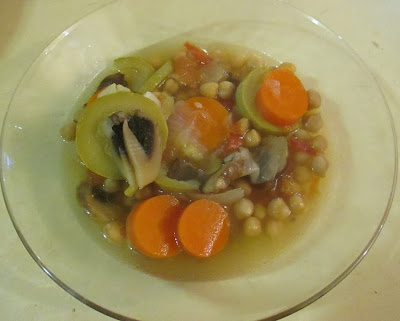 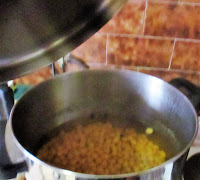 This is not my usual vegetable soup. First of all I used chickpeas instead of peas or lentils. And I also cut up a couple of tomatoes early in the cooking. I threw in a few peppercorns, too.

Then I began to add the rest of the vegetables and some coarse salt: 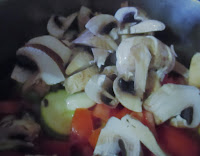 I topped that off with some vegetable oil and cooked it another hour. After it hit a strong boil, I simmered it.