When we moved here 28 years ago, there wasn't an "anglo" crowd. Not even half a dozen families used English at home. I don't think there were more than four. Now there are many English speakers, even though we're not known as one of the English speaking yishuvim. In my neighborhood there a re a few people who aren't even passably fluent in Hebrew. My husband and I actually are bilingual, but I guess because we're so culturally "foreign," our social life is primarily with the other Anglos.

The Movie Club is in English, but the Shiur Nashim, Shabbat Torah Class is in Hebrew. I can easily switch between languages, but I'm most comfortable with my international group of friends, where English is heard. And it's not because of the language issue.

The other night some of us got together for an end of summer cookout. 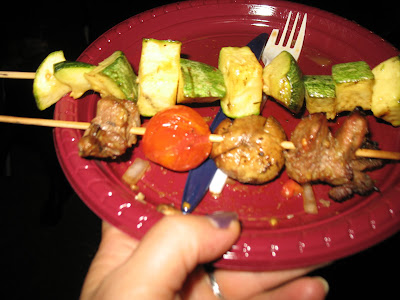 It was a lot of fun, and as you can see the food was great! And the company even more so. 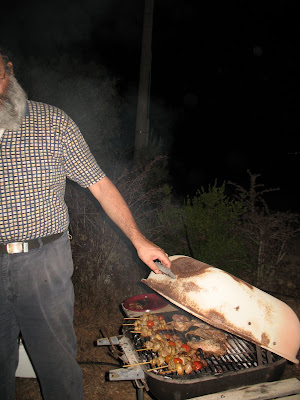 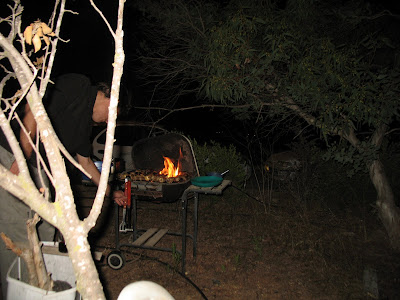 What a wonderful way to mark the end of vacation.
בהצלחה on the new job and the new school year!

thanks
and thank G-d for wonderful neighbors!!!