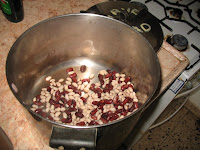 I must admit that, as I write this, the smell of the soup is driving me nuts, but it's only half an hour until the end of the fast. 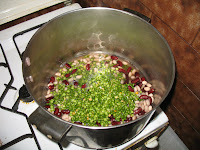 Usually I make a two-pot vegetable soup, which is always delicious. But then I make too much, and I just made it last week during Chanukah, so I decided to make a quicker, easier and smaller one. 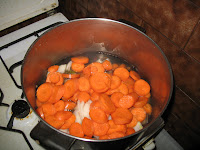 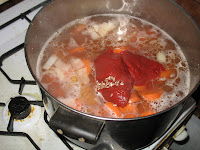 First thing I did was to take a handful of beans, check them, rinse them and put them in a pot with boiling water.

Put in salt, pepper and whatever a few minutes before turning off the flame. And let it "sit" a bit more. 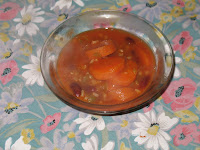 *Cover with a heavy towel to keep the heat in the pot.