Back from the Trenches! 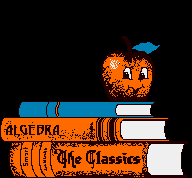 Yes, I survived! And it was much better than I had dreaded, errr, expected.

Of course I ended up leaving the house a bit later than planned, since I had to find my keys. Well, I hadn't needed them for three months! But the fellow-teacher who gave me a ride didn't complain that he had to drive a drop more.

Three months should be a sufficiently long vacation, but... I would have extended it if I could. But there are things we just must do...

I wasn't given much information about my kiddies, except that I'm teaching all of the remedial groups this year. That means: the very lowest groups in all four high school grades.

I wasn't even getting the seniors I had finally, the last couple of months of the year, managed to teach. They were going to a higher level, and I was just going to get those who could barely write their names in English. remember, I'm an EFL, English as a Foreign Language teacher.

Even worse, I knew that I'd be teaching the 11th graders who had been driving me crazy for two years, even though they had never even been my students. My tenth grade group is made up of the weakest kids ever; last year we barely made it through half the book, so we'll continue with the same one.

And the ninth grade? I didn't know what to expect, except that it was recommended that I try a different, a much easier textbook.

So, as you can imagine, I thought a longer vacation would be a very good idea.

But today was the day, the big day! Sitting in our nice big office chair at home, at the trusty keyboard, I prepared the lessons.

We arrived and saw that the Teachers room was rearranged. There are now separate tables for men and women teachers. In between is a divider, actually our boxes and drawers. The Orthodox Jewish Synagogues I go to in the states don't have mechitza so high and thick. It's not hermetically sealed, and the afternoon high school staff seems to be ignoring it. It doesn't suit us nor our needs as staff.

I quickly photocopied everything I had prepared. I didn't expect the kids to show up with books, even though it's a requirement. "Kacha zeh," That's the way it is, as they say in Hebrew. I cheated by doing it in the office, where the machine is much better.

Then the 10th grade... Until we found which classroom, but that's another story. I have a small group, and they all didn't enter at once. I gave them their quiz. Of course they didn't remember much, even after I read it out loud. But they were well-behaved, so I can't complain.

Next was the 11th grade, the ones who really had me nervous. Eventually a few sat down, and we had a "chat." I told them about the "Bagrut," nation-wide tests, and how if they showed up to class and followed my instructions, they could pass. We started doing my "magic pages." They were really into it, and we could have gone on at least another twenty minutes. Better leave them loving it, rather than hating it.

I had already calmed down and was starting to really enjoy myself when the 9th grade trickled in. We talked, and they got their little "test." One kid who claimed that their book was too babyish couldn't even write his name, but another two will go up to the next higher group, and I'll be getting another two or three from there.

Last but not least were the 12th graders who "mobbed" me to report on their test scores from last summer. They were all excited to continue with me, but those successful ones were being promoted to the better group. They didn't like that idea. They claimed that I'm the only English teacher who ever managed to teach them, so they lobbied the principal, and it looks like I'm having a larger group than expected. It's so nice to be appreciated!

Funny, how once I'm there at the high school, I just can't wait to get back in the classroom. Thank G-d, it was a great day.

From the Saga of Baile Rochel. #14

Happiness is a good day at school!

I shared your post with my friend in California. We use to teach high school special education for emotionally disturbed (ED) students. Altho, we found most high schoolers to be ED...if you know what I mean. heh heh

Thanks, Vicki, this was the best "first day of school" in years!

Batya,
The 3 magic pages sound wonderful!
Could you send me a copy?
sara g