Keeping Busy and What's Next

As I've written, I've been told to get out as much as I can.  I must prevent "burn-out."


So, this week has been very busy.

On Rosh Chodesh Kislev, the 30th of Marcheshvan, I treated myself to a day off. My husband stayed with my father and I went off and out of Shiloh.


First I went down to Tel Shiloh for Rosh Chodesh Prayers. I was joined by the fresh greenery, the gifts from G-d after our early rains. 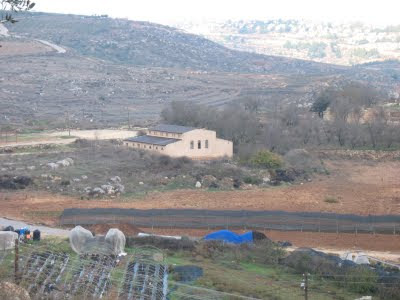 Then I traveled to Jerusalem to meet a friend for lunch. As I stood on Rechov Yaffo, I was surprised to see Helen Freedman of AFSI. When I had last met her, in August, she had mentioned that she'd be here in November, but we never followed up on it. But there she was. She told me that she was on the way for lunch at the Anna Ticho House (I'll blog about the food at a later time) with her daughter and I should join them. So I told my friend Rosaly to meet me there. We were also joined by Mina Fenton, who had been a neighbor of mine in Bayit V'Gan thirty years ago, before we moved to Shiloh.

After a most delicious lunch (they've changed the menu,) we paid a visit to the T'hillim (Psalms) Museum in the same courtyard. We were lucky that the artist was there and Mina had him talk to us.

Jewish Tradition is that Rosh Chodesh, the beginning of the Jewish Month, is supposed to be a special "women's holiday." And this month I did celebrate very joyfully! 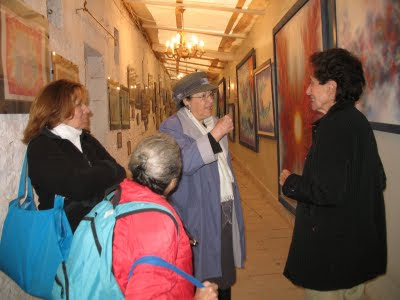