I'm Not The Spectator Type, But...

Honestly, I was rather surprised at the negative comments my Shiloh Musings post about football games received.  To be perfectly frank, I'm not a football fan and never attended a game until my son began playing for the IFL Jerusalem Lions.

There's an ambiance at the games you won't find any place else.  Yes, that's the IDF COS Ramat Kal sitting in the row above me.  Our sons play on the same team. 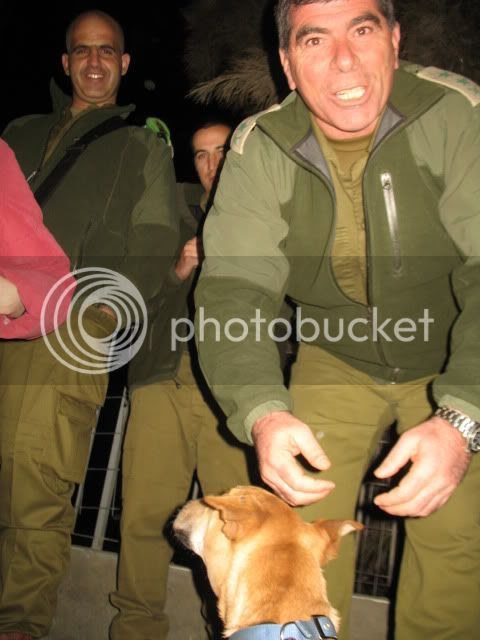 These games aren't "events" like in North America or like soccer and rugby games in Europe.  In some ways it's more like the "little league," since a relatively high percentage of the audience is related to the players.  Yes, that's even though the players are in their twenties and thirties and even older.  Parents, siblings, wives, children etc come to root for their family members and friends.

No offense to all my loyal blog readers, but I do think the real f2f audience participation is healthier than living via a screen.  I'm not the type to wait and watch.  It's not my nature, even when it means that I'm schlepping unnecessarily (bad for my back) or end up with smudged nail polish, because it takes too long to dry properly. 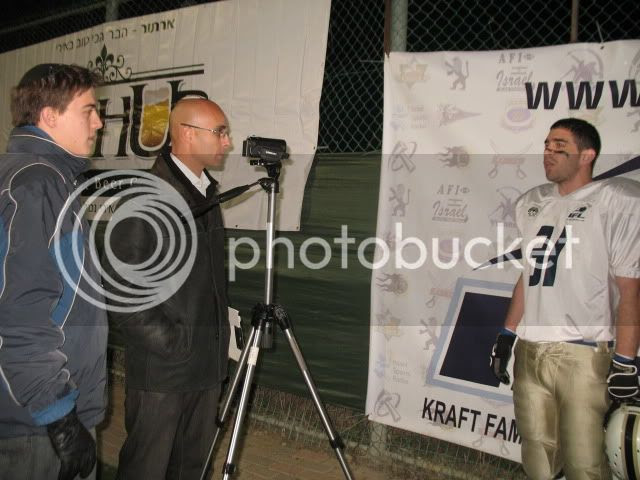 I don't enjoy watching sports games on television.  Maybe it's because I really don't care who wins or loses. But as a mother I do care about my son.  I want to see him come out whole and healthy after a game and in a good mood.  So, that's why I want him to win, and that's why I must watch the game whenever I can.

When I see his smile, looking like he did as a little boy, I'm happy, relieved.  I feel good.  The players are amateurs from all different ages, backgrounds and professions.  This isn't big business.  This isn't the NFL or American college football, and I'm not just talking about the level of play.

Shalom!
Perhaps I should re-read the comments, but they didn't seem to me to be, in general, negative about the Lions and their rival teams. Only one person commenting lamented the arrival of American football in Israel. I bashed PROFESSIONAL sports only. Most of the other comments (including mine) digressed from sports.
Go Lions!

Thanks, I'm just a hyper-sensitive imma.

The shameless presence of a Christian minister as a member of one of the Jerusalem teams is yet another reason to get rid of this galus and barbaric league.

I don't know any more about this football league than I just read here, but I assume the ambiance is something like it was when "professional" baseball came to Israel one summer. I never got to any of the games, but my son and his family went once and they said it was just like a kiddush. They knew most of the spectators and they spent a lot of time shmoozing with them. Okay, so there wasn't herring or even cookies, but the feeling was the same. So the players are having fun, the spectators are enjoying --- what more could anyone ask??

Fun it is, but it's more serious in every way than the baseball was.