I don't think my husband and I are stupid. He was even chosen to be in one of the panels at the jblogger convention. But did anyone there catch his reaction after he won the "waffle-iron?" Panic at having to learn how to use a new machine. So you can imagine his reaction when our TV "died" after a power "outage" some time before Pesach, (springtime.)

I've always been ambivalent about having a TV, and during various times during our married life we've managed fine without. Since we have internet, we could even watch the TV news since the TV's demise. So, I didn't rush to get it fixed. It's death didn't bother me all that much. I could still watch my DVDs on the "other computer."

The other day a retired neighbor came over to borrow some of my DVDs and videos and asked if I was interested in borrowing any of his. I asked for DVDs.

He came over a different day, took it apart, extracted the burnt fuse, brought it to Kashayoff Electronics, King George St., Jerusalem and bought me a replacement fuse. 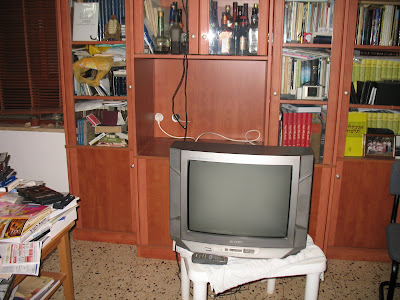 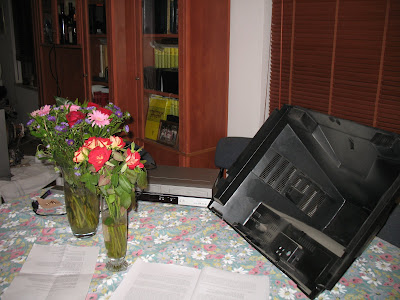 Then the next day he replaced the fuse, and... 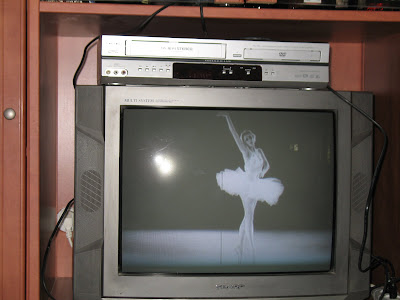 The smartest people are those who make friends.

Over the years, B"H, we've been lucky that way. It helps being in a good community.